Pastor Garry Pang says rule of law is a 'hole in a dam', and that his case is a battle to defend human rights and freedoms 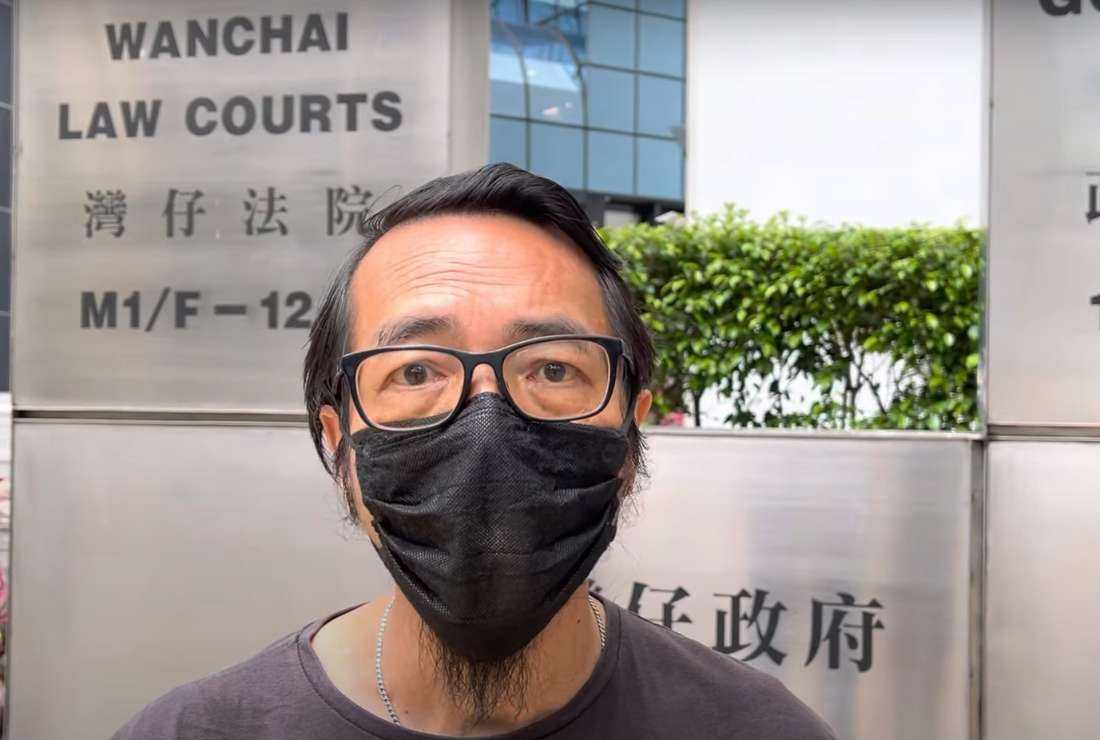 A Christian pastor charged with sedition in Hong Kong for his support of the pro-democracy movement has lashed out at the Chinese-ruled city’s legal system, calling it “a hole in a dam.”

Pastor Garry Pang Moon-yuen, 59, made the remarks during a hearing in his case in Hong Kong last week. He was arrested on April 4 this year.

He is accused of sedition for comments regarding the trial of activists for their participation in a vigil to mark China’s Tiananmen massacre in 1989.

Media reports said the pastor was the first Christian clergyman charged in Hong Kong since Beijing imposed a draconian national security law in 2020 to snuff out the pro-democracy movement.

He termed his detention and charge “unfair.”

He pointed out that Hong Kong’s British-colonial era sedition law was unused for over half a century but was only revived to crush dissent in the aftermath of the unrest over the 2019 anti-extradition bill and pro-democracy protests.

“What’s going on in the court right now is not only a legal battle over sedition but also a battle to defend human rights and freedoms, a battle of safeguarding conscience,” Pang said in court.

He further added that if a citizen’s desire for change in the legal system were to result in a conviction for sedition, “Hong Kong’s rule of law will crumble.”

Instead of the common law offense of contempt of court which carries seven years’ imprisonment when convicted, prosecutors have invoked the much more stringent sedition law against Pang.

Though it entails only two years imprisonment for the first offense, the threshold for granting bail under certain circumstances is much higher than other common offenses.

Pang admitted in court that he had applauded during the sentencing hearing for pro-democracy activist Chow Hang-tung on Jan. 4 but denied the accusations against him of seditious remarks.

“Laws have been used as a tool to quash dissent”

During that hearing, Ms Chow had represented herself, an act that the Hong Kong prosecutors took offense to. The prosecutors termed Pang’s applause during the trial as "encouraging disobedience to law and order.”

He is accused of “uttering seditious words” in court during Chow’s trial by Hong Kong prosecutors.

He is also charged with “acts with seditious intention” for publishing YouTube videos that discussed protest-related cases.

Pang stated that he was “baffled” by the charges and the videos used as evidence against him “did not show that [he] had seditious intent,” but demonstrated that the charges against him were, “nonsensical, unlawful and unreasonable.”

The Hong Kong administration has used the comments by Pang in his YouTube video as evidence of the sedition case charged against him.

Pang had made remarks such as “laws have been used as a tool to quash dissent,” and that the legal system has been “weaponized” in Hong Kong.

Pang’s criticism of a judge ordering the removal of people wearing yellow masks, a symbol of the pro-democracy movement, in one of his YouTube videos is also part of the evidence submitted in court.

Testifying to have understood the charges, Pang requested Magistrate Cheng Lim-chi who was presiding over the hearing to acquit him as his actions were never intended to incite hatred against the judiciary or the government.

The court has denied bail to Pang on four occasions since April 11 with the Hong Kong prosecutor's office aggressively attempting to lock him in for sedition charges.

International Christian Concern reported that pastor Pang has been involved in social justice in recent years.

He could be seen praying for the revival and religious freedom of Hong Kong, doing sit-ins with parents whose children were trapped during the siege of the Hong Kong Polytechnic University, or showing support to activists who are becoming the victims of Hong Kong’s draconian National Security Law, ICC said.

Beijing has used the Sedition Law in conjunction with the National Security Law in Hong Kong to suppress any voice of dissent that may rise against its actions.

The arrests under the law including those against top Catholic politicians and activists sparked global outrage.

On May 11, national security police arrested 90-year-old Cardinal Joseph Zen, the former bishop of Hong Kong, on charges of “colluding with foreign forces.” The elderly churchman was released shortly following a global backlash.