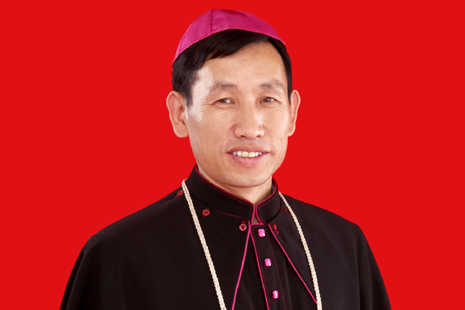 Coadjutor Bishop Joseph Sun Jigen of Handan (Yongnian) was released back to his diocese in northern Hebei province, following which the diocese announced over the weekend that he was clandestinely ordained three weeks ago. The ordination rite with papal mandate was presided by Bishop Stephen Yang Xiangtai of Handan, 89, on June 21. Church sources said Fathers John Huai Jianting and Peter Liu Xiuhua told local government officials that Bishop Sun was already consecrated. The officials took the priests away forcibly last week in a move thought to be aimed at pressuring them to invite Bishop Joseph Guo Jincai of Chengde, also from Hebei. The diocese publicly scheduled the ordination on June 29, the feast of Saints Peter and Paul. The government opposed it, as the diocese rejected the illegitimate bishop who was ordained last November. The government also claimed the date was too close to the 90th anniversary of the formation of the Communist Party of China on July 1. After the secret ordination, Bishop Sun went to Anyang (Weihui) diocese in neighboring Henan province for a retreat. Upon completing his retreat on June 26, he was allegedly forced into a police car and taken away to the provincial capital Shijiazhuang. As a result, the diocese had to cancel the June 29 “ordination.” Most diocesan priests and even Catholic families say they have been watched by uniform and plainclothes police before and after that day. A source close to Bishop Sun said the coadjutor bishop was accompanied by the officials to meet Bishop Yang, who was hospitalized due to a heart attack, on July 6 and report to the elderly bishop on the recent happenings. Bishop Sun was released three days later. But some dubious persons, probably plainclothes, are still lingering at his church courtyard, sources said. Bishop Sun was born in 1967 and entered the minor seminary when he was 19. He graduated from the Hebei Catholic Theological and Philosophical Seminary in 1992. He was ordained a priest in 1995, appointed diocesan chancellor in 1997 and then vicar general from 2001 to 2005. He was elected as the coadjutor bishop candidate in 2010. Related reports Authorities detain two northern priestsDifferent outcomes for China ordinationsChina cancels ordination of bishopOrdination to proceed despite objections