As long as there is poverty, society will not manage to stop the commercial and sexual exploitation of children 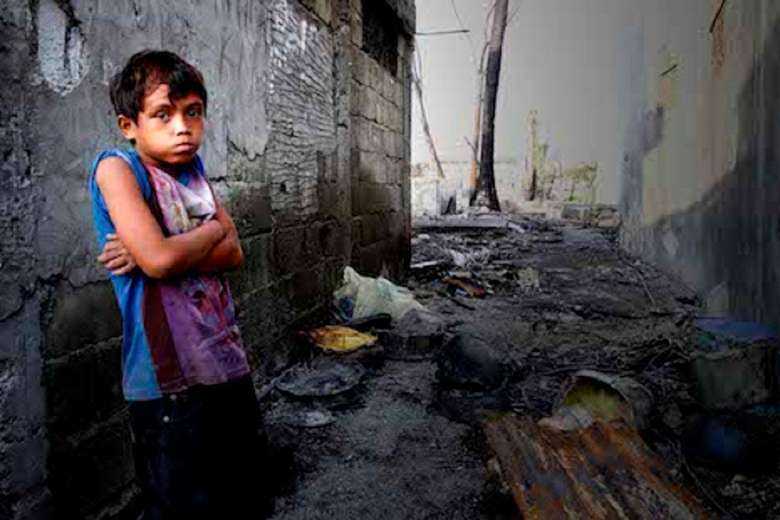 According to the most recent International Labor Organization (ILO) and UNICEF reports, Covid-19 has not stopped child labor.

The pandemic, which began in early 2020, resulted in temporary school closures, a reduction in migration, a decrease in employment opportunities and a rise in poverty. Naturally, child labor worldwide increased as poor families struggled to survive.

“In times of crisis, child labor becomes a coping mechanism for many families,” says UNICEF executive director Henrietta Fore. “As poverty rises, schools close and the availability of social services decreases, more children are pushed into the workforce.”

Citing the ILO, Pope Francis said during the 2021 World Day Against Child Labor that there are over 160 million children exploited for work, which is “more or less the same as all the inhabitants of Spain, together with France and together with Italy.”

It is very sad to know that child labor in Asia has evolved into different kinds of social maleficence. It is slavery in its worst kind because the child is owned by another person or groups of persons and made to do all sorts of dirty work, with the child having no control over anything.

Most child labor assumes the aspect of forced labor since the child is exploited and forced against their will to work by their own parents, another relative or a family benefactor.

Some children are forced to work in pornography and the sex video industry. In pornography, the child's angel in Heaven covers her face in utter shame as the devil’s laughter is heard everywhere in Hell

In Cambodia, India, Pakistan and Bangladesh, children are exploited and used as workers in brick or carpet making, meat processing, rubber or tobacco plantations, garment or textile factories, and in poultry and agribusiness that produce dried fish, sugar or salt.

Some Asian children are forced to work in pornography and the sex video industry. In pornography, the child's angel in Heaven covers her face in utter shame as the devil’s laughter is heard everywhere in Hell.

In child trafficking, a criminal takes a child against their will to another place where a buyer uses them for sexual exploitation and/or forced labor.

When the Philippines outlawed the employment of children below 15 years old in 1992, the law affirmed what is moral, making child labor both illegal and unethical.

Shell Philippines, Caltex, Total and Petron ceased hiring hundreds of kids as gasoline boys and promised to eradicate the disgraceful phenomenon in the oil business. That, for me, really matters a lot.

A law against child labor is so fundamental in any civil society whereby “the state shall provide special protection to children from all forms of abuse, neglect, cruelty, exploitation and discrimination, and other conditions prejudicial to their development including child labor and its worst forms.”

With enough laws against child labor in place, the Philippines became a signatory to the United Nations Convention on the Rights of the Child.

However, even after the Philippines launched the Program Against Child Labor 2017-22 which aimed to rescue one million children from labor and exploitation, the children themselves were unable to raise their hands to celebrate. This was because millions of them had stopped going to school and continued to work despite the grand speeches and rhetoric.

Does ILO Convention No. 182 clearly define the evil of child labor and point to small-scale mining as one of the deadliest forms of employment? Yes, but in small-scale mines children carrying heavy sacks of rocks, fetching clean water, loading thick logs used to support tunnels, or running errands for regular workers still form a part of the dirtiest landscape of actual poverty.

Filipino kids as young as 9 or 10 are given cheap performance-enhancing drugs each day so that they can withstand 16 hours of work in the mines.

Worst of all, little girls stop playing with dolls and instead offer themselves for (or are forced into) prostitution and pornography — with their own kin as pimps.

In urban centers, street children and child labor are the offsprings of Lady Poverty. In many cases, the most pressing act of the day is for parents and kids to earn a living to make ends meet. All other things are secondary. Regrettably, because poor parents believe that their kids must help to pay debts and support the family, they are “sacrificed at the altar of bread-winning.”

“It is not possible to close our eyes to the exploitation of children, deprived of the right to play, to study and to dream”

So what if 12-year-old kids are legally allowed in Egypt and Senegal for seasonal work, and in Benin for light agriculture, and 13-year-olds are allowed to work in Denmark as shop assistants, in Tunisia and Switzerland for light non-industrial labor?

So what if a 14-year-old is permitted by law in Cyprus for construction, in India and Sri Lanka for street trades, and in the Dominican Republic for mining?

They are just kids and they are supposed to be playing with toys and their friends and studying.

“It is not possible to close our eyes to the exploitation of children, deprived of the right to play, to study and to dream,” Pope Francis reminded all parents.

Millions of kids are physically deteriorating, mentally wasting, morally decaying and lowly aspiring. Should we not remember that child labor is not only a crime but an immoral act?

* Jose Mario Bautista Maximiano is the author of ‘GLOBAL BUSINESS ETHICS FOR FILIPINOS of the New Millennium’ (Anvil, 2001) and CORPORATE SOCIAL RESPONSIBILITY: Basic Principles and Best Practices (DLSU Press, 2004). The views expressed in this article are those of the author and do not necessarily reflect the official editorial position of UCA News.