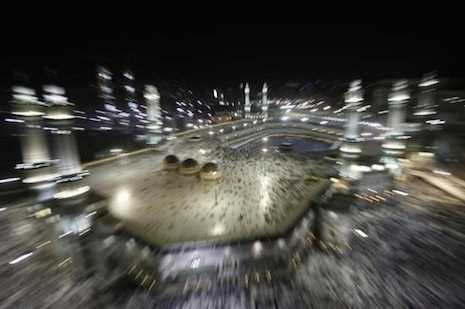 Saudi authorities have deported 150 female Nigerian pilgrims and detained another 1,000 because they came unaccompanied by men, Nigeria’s government announced on Wednesday. Mohammed Bello, chairman of Nigeria’s national haj, or Muslim pilgrimage to Mecca, said 150 women on one flight had been stopped at the airport for “lack of … lawful male accompanying pilgrim”. “This ugly development continued with subsequent flights that arrived at the kingdom,” he said, adding that 1,000 were still being held at the airport in Jeddah. Women in Saudi Arabia are regarded as minors and require the permission of their guardian – father, brother, or husband – to leave the country, receive some kinds of medical treatment or work. They are not allowed to drive and are usually expected to be accompanied by a male chaperone. Nigeria has some 80 million Muslims. Many practice a relaxed version of Islam, but even in stricter northern states that impose sharia law, women can usually move around freely on their own. A group of the women arrived in tears back at Nigeria’s airport in Kano, the largely Muslim north’s biggest city. “We were not given water to drink; there was no food for us and we remained glued on our seats in our aircraft for all those hours,” said Hajia Amina Musa, as she broke down and wept. Full story:Saudi deports 150 female pilgrims, holds 1,000 more, Nigeria saysSource:Reuters