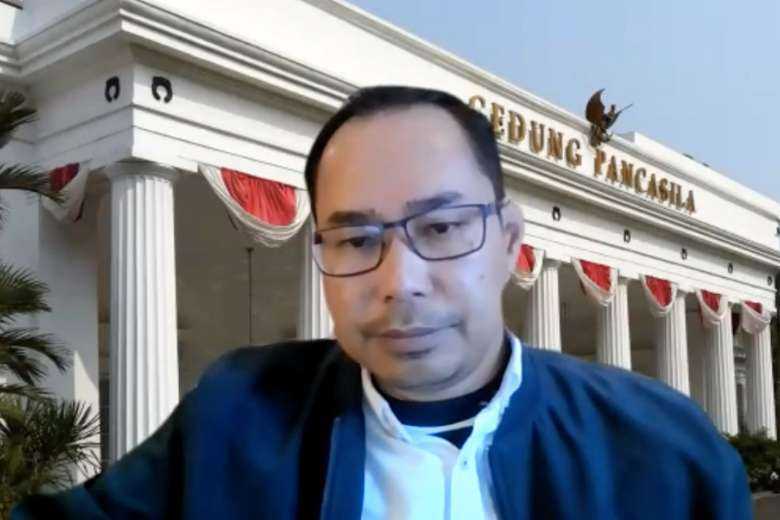 Judha Nugraha, director of the Protection of Citizens and Legal Entities Overseas Department at the Indonesian Foreign Affairs Ministry. (Photo: Screenshot from the ministry’s YouTube channel)

The Indonesian government has come under fire from a migrants' rights group for not doing enough to save two Indonesians executed in Saudi Arabia.

Agus Ahmad Aras and Nawali Hasan Ihsan were beheaded in Jeddah on March 17 after being sentenced to death in June 2013 for murdering an Indonesian woman in 2011.

They were executed just days after Saudi Arabia executed 81 people on March 12 in the largest mass execution the country has staged in recent history, sparking outrage from the United Nations and rights groups.

News of their executions prompted Migrant CARE, a group that advocates on behalf migrant workers and their families, to accuse the government of abandoning the two men.

Anies Hidayah, who heads Migrant CARE’s study center, told CNN Indonesia that the government had a chance to save the executed Indonesians by getting an appeal for clemency from the victim’s family, which could have seen the men spared the death sentence. Instead, government officials did nothing, she said.

Judha Nugraha, director of the Protection of Citizens and Legal Entities Overseas Department at the Foreign Affairs Ministry, denied the claim, saying the government did everything it could.

“We made extraordinary efforts. We sent diplomatic notes to the Saudi Arabian Foreign Ministry more than nine times"

“The government, through the Indonesian consulate general in Jeddah and the Indonesian embassy in Riyadh, had taken all efforts — both litigation and non-litigation — to help meet the rights of the two Indonesian citizens during their trial. Efforts to lighten their sentence had also been taken,” he said at a press briefing on March 17.

“We made extraordinary efforts. We sent diplomatic notes to the Saudi Arabian Foreign Ministry more than nine times … Our foreign minister wrote to his counterpart while President Joko Widodo wrote to the Saudi king twice.”

He said the government was unable to trace the murder victim’s family to ask them to seek clemency for the two executed men, which is allowed under Saudi law.

He said the victim appeared to have been an undocumented migrant worker because both the government and the Saudi authorities could not find much information about her or her family.

Hidayah said this was no excuse. “By giving up, they dismissed the chance [to save them]. The government must not give up even if there is no biometric data. There still must have been a way to trace the family," she said.

“The victim was an Indonesian … How could the government have failed to find information about her after all this time since 2011?”