Saintly nun serves as a model of reconciliation

St. Teresa Benedicta of the Cross found God in her intellectual search for truth Living today in a world of contrary attractions, where each enticement holds equal allure to the immature, has resulted in fragmented, compartmentalized lifestyles causing tension.

St. Teresa Benedicta of the Cross, or Edith Stein, a Discalced Carmelite nun, could provide answers to how external episodes can be used to grow spiritually and to discover God’s will for us. Jan. 1 was the 99th anniversary of the German Jewish philosopher's baptism into the Catholic faith.

The youngest of 11 children, four of whom died in infancy, Edith Stein was born on Oct. 12, 1891, the Day of Atonement (Yom Kippur), a major Jewish festival.

“Mercurially lively, always in motion, spilling over with pranks, impertinent and precocious … intractably stubborn …” (Life. 73) in her very early years, unknown to anyone was “a hidden world within her where she pondered upon everything she heard and saw.” One such observation made her resolve never to lose “… the smallest particle of freedom of spirit and human dignity.” (Life, 74)

At seven years old, her stubbornness disappeared and she became transformed, mastering self-control without difficulty. Shunning praise for her looks and dancing ability, she believed she was destined to be great.

In a world dominated by men, she was held in high esteem and was admitted into the exclusive circle of the Philosophical Society in Gottingen.

With her philosopher Catholic and Protestant friends, she felt stirrings that urged her to look for more — something she could not fathom then.

Although as a teenager when she deliberately gave up prayer and declared herself an atheist, she remained open to the hidden meaning of events and people’s influence around her. This openness conditioned an unfolding of providential events that prepared her for conversion.

Seeing an old lady kneeling in church who had obviously been shopping, praying for a few moments, stirred in her questions. Seeing her friend, still self-possessed and peaceful, in spite of the untimely death of her husband on the battlefield, Edith experienced for the first time the hope and peace in Jesus. Then in the house of a friend, in a special moment of grace, St. Edith read St. Teresa of Avila’s Book of her Life, finishing the book in one night. As she closed the book, she declared: “This is the truth!” 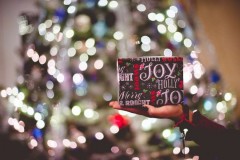 Eternal gratitude to an invisible army

When she found the truth, she pursued it vigorously. She was received in baptism to the Catholic faith on Jan. 1, 1922, at 30 years old, soon after she received her First Communion and then was confirmed. All these were but steps towards her dream to become a Carmelite nun in the order founded by St. Teresa of Avila.

However, open to God’s will, it would be 10 years more of waiting upon the counsel of her spiritual directors before this happened.

In those 10 years, she taught at a Dominican school for girls, where she learned to pray the hours and spent days in silence at the monastery of the Benedictines in Beuron, where she became a much sought-after lecturer on topics on feminism, phenomenology and educational theory while proclaiming God’s word at every occasion.

Failing to get a post as lecturer in a university because of her gender and Jewish blood, she took this as God’s sign that indeed she was meant to enter Carmel.

In 1933, at the age of 42, Edith was accepted at the Cologne Carmel, taking the name Teresa Benedicta Blessed by the Cross (Teresia Benedicta de la Cruce).  After five years of formation, she took her final vows, witnessed by her many friends from academe and philosophical circles. But her stay in Cologne Carmel was short-lived. In the hope that she would escape the hands of the Nazis, she was transferred to Echt Carmel in the Netherlands in1939.

Slowly, she affirmed in her life that “the Cross is our only hope.” In Echt, Edith and her sister Rosa were arrested by the Nazis, then deported to Auschwitz where her death by gassing is recorded as being on Aug. 9, 1942. As Edith was being taken away, she said to the sobbing Rosa: “Come, Rosa, we are going for our people.” This statement expressed the oblation of herself to die for the Jews, her people, an offering she shared with her prioress months before she was martyred.

In our world today, Edith could serve as a model of reconciliation of opposites with the gift to draw from an otherwise adverse event or history and use this to love God more through service to the people.

St. Edith Stein embodied grace finding God in her intellectual search for truth. In an essay on “Love for the Cross,” she wrote: “To suffer and to be happy although suffering, to have one’s feet on the earth, to walk on the dirty and rough paths of this earth and yet to be enthroned with Christ at the Father’s right hand, to laugh and cry with the children of this world and ceaselessly sing the praises of God with the choirs of angels — this is the life of the Christian until the morning of eternity breaks forth.”

A saint for our times, Edith Stein wrote Science of the Cross and various articles, essays and works. Going direct to her works would hopefully enlighten us “to serve freedom, in our search for truth.” (Homily at Canonization Eucharist by Pope John Paul II).

“He who seeks the truth seeks God whether he is aware of it or not.” Teresa Benedicta of the Cross.