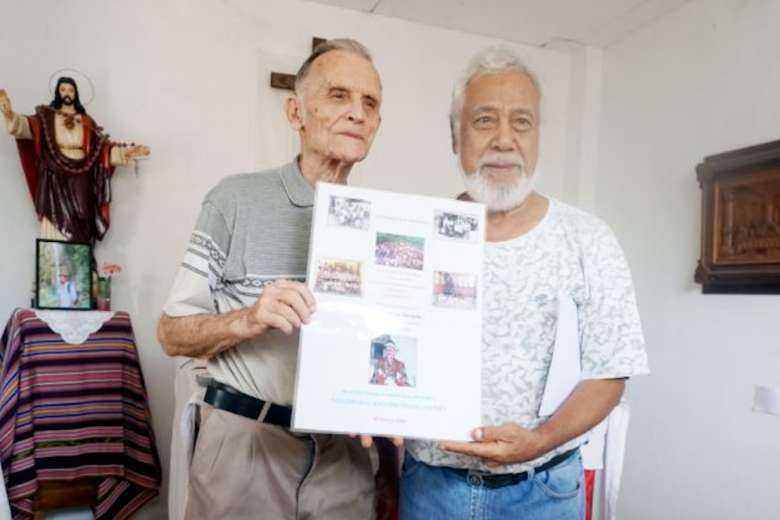 The superior of the Society of the Divine Word congregation in Timor-Leste has moved to scotch rumors that ex-priest and self-confessed pedophile Richard Daschbach, who is currently on trial for sexual abuse, will be reinstated.

In a statement, a copy of which was obtained by UCA News on March 13, Father Yohanes Suban Gapun also expressed sympathy for the former American priest’s victims who were abused at the Topu Honis shelter that he founded in Oecussi, a small coastal enclave of Timor-Leste located 200 kilometers west of the capital Dili.

He faces 14 charges of sexual abuse of children under the age of 14, child pornography and domestic violence. If convicted, he faces up to 20 years in prison.

“We … want to state emphatically that based on his admission of the heinous crime of abusing minors at the Topu Honis shelter, Mr. Richard Daschbach was dismissed, following ecclesiastical penal procedures … by the Congregation for the Doctrine of the Faith in the Vatican on Nov. 6, 2018,” the statement said.

“Once again, we want to express our solidarity with the victims and the families and ask the media to treat this matter with the utmost seriousness and publish this statement, so that the circulation of incorrect information concerning the dismissal of Richard Daschbach can be addressed.”

Father Gapun explained that there was "erroneous information circulating on social media" about Daschbach’s trial, which will resume on March 22. He did not elaborate.

However, a source helping support victims said some social media users in the predominantly Catholic country still support the American and claimed that he could be reinstated if the civil court finds him not guilty for some reason.

"They still don't believe he is guilty even though he was defrocked by the Vatican," said the source.

Another source, a child abuse victim said “many people, especially devout Catholics who do not know Daschbach or his victims do not believe what has occurred.”

“They just don’t want to believe such a thing could have happened,” the source said.

Daschbach is known to have strong ties with civic leaders in Timor-Leste, including former president Xanana Gusmao and Prime Minister Taur Matan Ruak. Both visited him after he was dismissed by the Church.

In a statement, advocacy group Fundasaun Mahein said these visits encouraged Daschbach’s supporters to question the credibility and motives of his victims and attack those calling for justice.

The Catholic Bishops' Conference of Timor (CET) has also issued a statement to confirm Daschbach is no longer as priest.

In a letter dated Jan. 29, CET president Bishop Norberto do Amaral of Maliana called on Catholics to respect Pope Francis' decision to dismiss him.

"The decision of the Holy Father was based on a long and in-depth probe," he said.