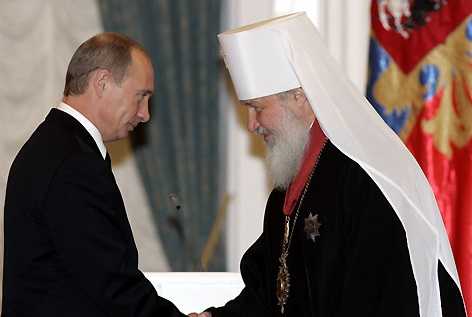 Patriarch Kirill will become the first head of the Russian Orthodox Church to visit China when he leads an 80-member delegation there next week.

The tour kicks off on Sunday at the Church of the Dormition in the grounds of the Russian embassy in Beijing.

On May 13, Patriarch Kirill then heads north to Harbin -- a city with a large Russian population -- for a two-day visit which will include a divine liturgy at the Church of Holy Protection of the Theotokos, according to a Tuesday posting on the Chinese Autonomous Orthodox Church’s official account on Weibo, China’s equivalent of Twitter. The visit is scheduled to end in Shanghai on May 15.

“We faithful are very touched that our government is concerned about the Orthodox faith. This is an unprecedented opportunity for us,” read another Chinese Autonomous Orthodox Church posting on Weibo.

The official invitation was made by China’s State Administration for Religious Affairs, according to a press release on the Harbin government’s website which appeared on April 16 but was later removed.

The visit was not finally agreed until Chinese President Xi Jinping visited Russia in March, according to a source who declined to be identified.

“The patriarch will very likely be received by a vice-premier or higher-ranking official,” said Professor Zhang Baichun, director of the Russian Cultural Research Center at Beijing Normal University.

In recent years, the Russian Orthodox Church has sought greater recognition by the government for its China Church which is not among the five officially recognized religions in the country.

There are about 15,000 to 20,000 Chinese Orthodox believers and two retired Chinese priests in Shanghai.

Regular weekly liturgies and resident Russian clergy are available only in Russia’s Beijing embassy and Shanghai consulate. The attendees are mostly Russian-speaking expatriates and diplomats.

The leader of 150 million Russian Orthodox followers worldwide, Patriarch Kirill presides over a Christian faithful second only in numbers to those who follow the pope.