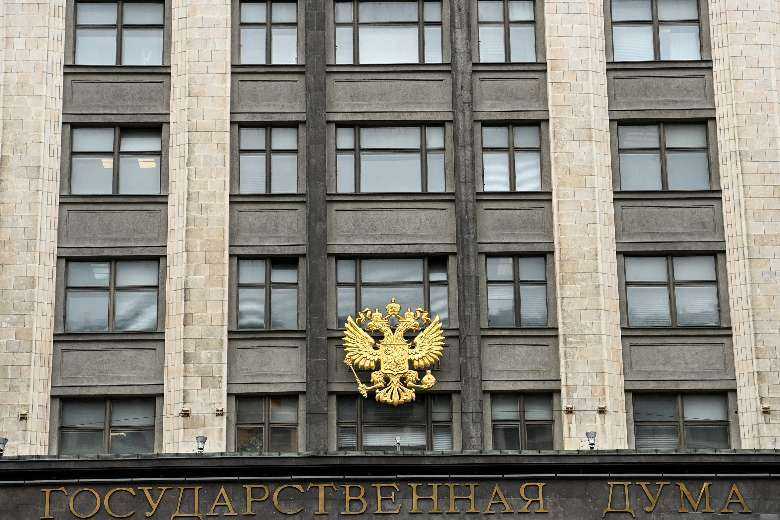 A general view of the building of the State Duma, the lower chamber of Russia's parliament, in Moscow. (Photo: AFP)

The secretary-general of the Russian bishops' conference said new legal regulations will give state officials extra powers to intervene in church life and revive communist-era restrictions.

Amendments to Russia's 1997 Law on Freedom of Conscience and Religious Associations, passed March 24 by the Duma, require foreign-trained clergy to obtain "recertification from a Russian religious organization." Clergy already working in Russia are exempt from the "recertification" requirement.

"The new provisions all come from Soviet times and bring us closer to the Soviet system," said Jesuit Father Stephan Lipke.

"Certainly, these rules will ensure our clergy are prepared for conditions in Russia," added the priest, who also directs Moscow's St. Thomas Institute. "But they will also require more work, as we prepare the necessary adjustments. At any stage, officials could say we're not complying, giving the state additional means to introduce new repression."

In a March 29 interview with Catholic News Service, Father Lipke said the new regulations would pose difficulties for religious orders like the Jesuits, whose only Russian novice awaits ordination after studying abroad. He said the Catholic seminary in St. Petersburg was recognized by the government and might offer its own recertification course.

Explaining the bill March 23, the Duma's civil society commission chairman, Sergei Gavrilov, said foreign clergy coming to Russia would require "additional professional education" at a theology department approved by Russia's Education Ministry, with sponsorship from a "centralized religious organization." He added that the measure would apply only to clergy beginning work for the first time and would not affect clergy paying single visits for services or lectures.

An explanatory document said the aim was to prevent foreign-trained clergy from "disseminating religious extremist ideology."

Father Lipke said the amendments did not rule out online courses, making it possible that some clergy could complete recertification studies before arriving, while the exemption of clergy already working in Russia had eased fears that Russia's Catholic bishops might have to "undergo reeducation."

"However, whereas in other countries you can go to court to ensure religious freedom isn't affected by such laws, this is difficult in Russia," the bishops' conference secretary-general added.