Christians make up about 42 percent of the population of Sarawak, the largest of the country's 13 states 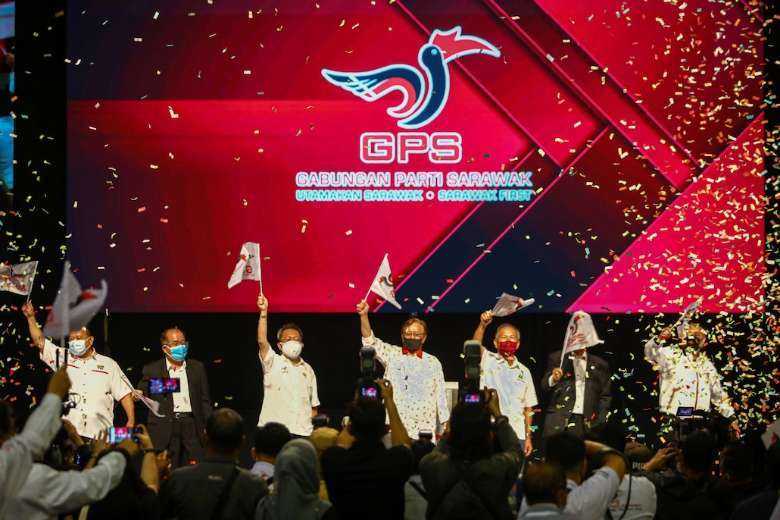 Leaders of the Sarawak Parties Alliance coalition wave flags after winning a landslide victory in the Sarawak state election in Kuching on Dec. 18. (Photo: Abdul Hakim/AFP)

The ruling Gabungan Parti Sarawak (GPS) coalition registered a landslide win in the state election in Sarawak, the largest and only Christian-majority state in predominantly Muslim Malaysia.

The GPS won 76 out of 82 seats in the state legislature in the Dec. 18 election, while the opposition Parti Sarawak Bersatu (PSB) party won four seats and the Democratic Action Party (DAP) won two seats, according to the Election Commission.

It was the 12th state election in Sarawak since the territory joined the Malaysian federation in 1963.

GPS chairman and caretaker Chief Minister Abang Johari Tun Openg dedicated the election victory to all people in Sarawak and vowed to ensure the rights of all.

“The voters have given the signal that political stability was important for them to continue economic development and to implement social policies that prioritized the people,” Abang, 71, said in his victory speech at Borneo Convention Center in state capital Kuching.

The component parties were part of Malaysia’s long-ruling Barisan Nasional coalition of graft-tainted former prime minister Nazib Razak but left the coalition after its defeat in the last federal election in 2018.

This time Barisan Nasional backed the GPS coalition without getting involved directly. Meanwhile, the federal opposition alliance Pakatan Harapan of Anwar Ibrahim failed to hold any sway in Sarawak following another thrashing in a snap election in Malacca state in November, thanks to a successful campaign by Barisan Nasional.

A total of 349 candidates contested Sarawak's election. The previous state election was held in June 2016 and the state assembly was supposed to be dissolved on June 7 this year, only to be prevented by a state of emergency due to the Covid-19 pandemic.

Out of the state’s estimated 3 million inhabitants, some 1.25 million were eligible for voting. Voter turnout was 60.67 percent, media reports say.

Sarawak is part of the northern territory of Borneo island and is the only one of the 13 states in Malaysia that holds state elections separately from federal elections. Under the Malaysian constitution, Sarawak enjoys a higher degree of autonomy than other states.

According to official estimates, about 42 percent of Sarawak inhabitants are Christians. Protestants, mostly Anglicans, make up the majority, followed by more than 441,300 Catholics spread in the Archdiocese of Kuching and the dioceses of Miri and Sibu. Malay Muslims comprise about 25 percent and Chinese Buddhists make up another 25 percent.

Ahead of the election, a retired Anglican bishop made headlines after he joined the opposition PSB party. Bishop Datuk Bolly Lapok, 69, joined the party on Nov. 11. He said he was approached by various political parties but decided to join PSB as he considered it an “ideal” platform to speak out against extremism and to advocate for centrism, regionalism and inter-racial harmony.

Prior to the election, the Association of Churches in Sarawak (ACS) issued a pastoral letter urging people, especially Christians, to exercise their voting rights responsibly.

“This is a call to Christians and all people in Sarawak to vote as this a moral duty to society and to cast their votes according to their conscience before God,” said the letter signed by Archbishop Simon Poh of Kuching, the ACS chairman.

“By casting our votes, we hold our government and candidates accountable to walk the talk; to fulfil promises made to the rakyat [people]; to work for the common good and well-being of all; to defend religious freedom for various races and religions; and to ensure mutual respect and acceptance, harmony and unity in diversity in Sarawak,” the letter stated. 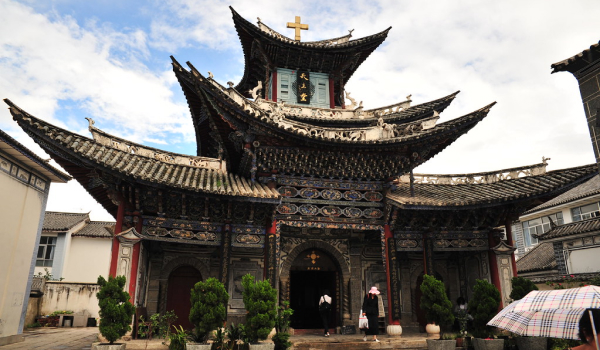