Row over 'Christian agenda' heats up in Malaysia 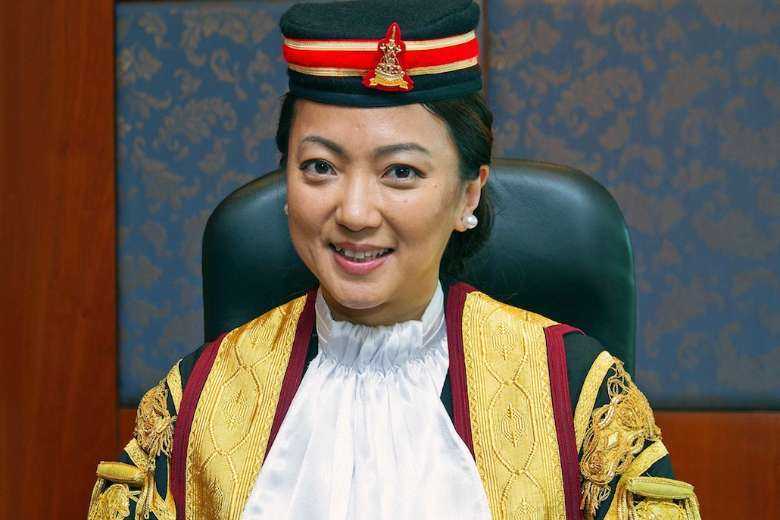 A legal battle between a Muslim university lecturer and a Christian lawmaker over alleged defamation of each other has once again brought to the fore the long-running anti-Christian sentiment in Malaysia.

Defense lawyer Guok Ngek Seong, who represented MP Lim Lip Eng, said the court had struck out the plea from Yusoff and asked him to pay Eng 5,000 ringgit (US$1,175) for costs. He has also been told to pay the other defendants a total of 3,000 ringgit ($705) for costs.

The court dismissed the plaintiff’s appeal for his failure to submit pre-trial documents and evidence, but it also ruled that Yusoff has the freedom to file a fresh petition over his grievances.

MP Yeoh is a former deputy minister of women, family and community development and a former member of Selangor State Legislative Assembly. Her DAP party is one of the four parties of the Pakatan Harapan coalition that formed a government after the fall of long-ruling Barisan Nasional in the 2018 general election.

“The plaintiff pleads that the words were offensive, completely untrue and a malicious attempt to seriously defame the plaintiff publicly and to expose her to hatred, contempt and ridicule"

Lecturer Yusoff alleged that Yeoh and her party members had defamed him by spreading false allegations. DAP members issued statements to support Yeoh and rebuke Yusoff after he accused the Christian MP of using politics to propagate Christianity in the country, he said.

His complaint came after Yeoh filed a defamation lawsuit against him on March 28 over two Facebook posts he made in 2017.

Yeoh alleged that Yusoff posted on Facebook between May 10 and May 17 in 2017 where he alleged that “Yeoh has a motive to proselytize Christianity through her politics.”

The lecturer pointed out to the recently published biography of Yeoh, Becoming Hannah: A Personal Journey, and alleged that she is driving a “Christian agenda” in Malaysia.

In her 2015 biography, Yeoh wrote that she “intends to convert Malaysia into a Christian country,” Yusoff alleged.

“The plaintiff pleads that the words were offensive, completely untrue and a malicious attempt to seriously defame the plaintiff publicly and to expose her to hatred, contempt and ridicule, with the calculated aim of destroying her reputation as an elected representative,” Yeoh said as reported by FMT.

Yeoh said she seeks “general, aggravated and exemplary damages” from the defendant.

Earlier, on May 15, 2017, Yeoh filed a police complaint against Yusoff alleging that his Facebook posts had “malicious contents.”

Two days later, Yusoff filed a counter complaint against Yeoh accusing that she was involved in proselytization. He also issued a statement to justify his Facebook posts and to dismiss allegations of defamation.

“As a lecturer and a Muslim, I have the duty to inform the people on the book’s contents as I feared they may be influenced by Christianity,” he said, adding that as a political analysist he has the right to comment on political issues in Malaysia.

Christians make up about 13 percent of more than 32 million citizens in Malaysia, where Muslim hardliners have harbored and spread anti-Christian propaganda for decades

In May 2021, Yeoh also filed a lawsuit against the former inspector-general Malaysian police, Musa Hassan, who allegedly said she had been trying to turn Malaysia into a Christian country. The case is still pending in court.

Christians make up about 13 percent of more than 32 million citizens in Malaysia, where Muslim hardliners have harbored and spread anti-Christian propaganda for decades.

In March 2021, a court ruled that non-Muslims are legally permitted to use the word “Allah” following a decades-long legal battle. The legal row sparked violent protests and attacks on at least 11 churches.

Earlier that year, Muslim politician Nik Muhammad Zawawi Salleh caused upset for Christians when he told parliament that the New Testament had been “corrupted by Christians over time” and so they did not reflect the true teachings of Jesus.

In 2016, Muslim cleric and Islamist politician Andul Hadi Awang wrote an article in a right-wing newspaper where he accused Christian missionaries of “preying on poor and uneducated people” in impoverished communities in Malaysian states like Sabah and elsewhere by paying them off to convert to Christianity.

In 2014, an anonymous author published a controversial book, Pendedahan Agenda Kristian (Exposing the Christian Agenda), that labels Christians “the enemies of Islam” who harbor ill intentions and spread lies.

In 2021, a Facebook page called Hud Hud Crew published a four-minute doctored video that claimed Archbishop Julian Leow of Kuala Lumpur Archdiocese insulted Muslims in a speech during his visit to St. Francis Xavier Church in Petaling Jaya in 2014.

The video alleged the archbishop described a 25-year plan against Muslims in Malaysia by using the analogy of a “boiling frog” to detail the plan to put pressure on Muslims in the country.