Three years after ethnic Rohingya Muslims suffered a genocidal attack in Myanmar, the international community seems to have forgotten their harrowing stories and repeated pleas for justice.

An estimated one million Rohingya fled their Buddhist-majority nation in August 2017 after Myanmar’s military unleashed brutal violence against them. They live as stateless migrants in neighboring countries, mostly Bangladesh, braving the coronavirus and cyclones.

On Aug. 25, the Rohingya observe what they call Genocide Day to mark the attacks they suffered and the ongoing indifference to their plight.

The silence on the part of the international community has emboldened Myanmar to disenfranchise the Rohingya in the national election due to take place on Nov. 8. 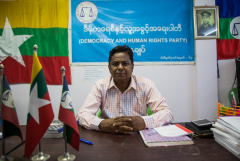