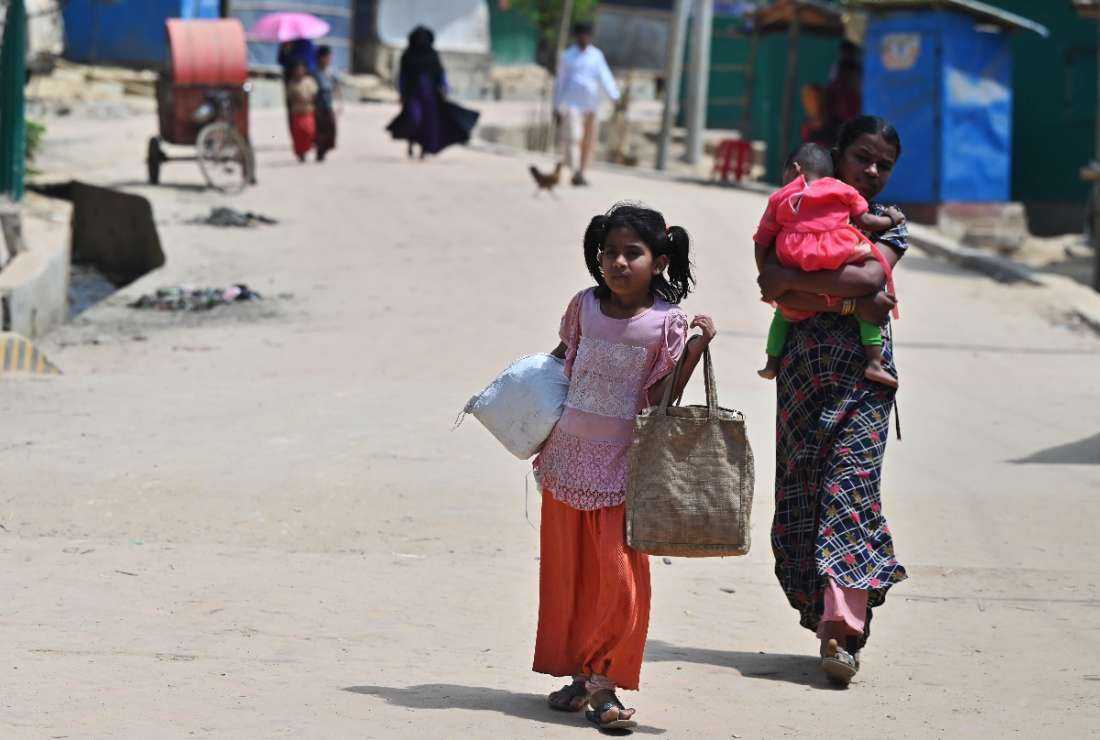 Rohingya people walk along a street after collecting relief materials in Jamtoli refugee camp in Ukhia on March 22. (Photo: AFP)

Two Rohingya community leaders were shot dead in one of Bangladesh's refugee camps, police said Wednesday, the latest in a string of killings in the settlements.

The sprawling camps house nearly one million Rohingya refugees that fled to Bangladesh after a military offensive in neighbouring Myanmar five years ago.

"Both were rushed to hospitals where they were declared dead," he said, adding that a manhunt was launched and security stepped up in the camps.

Police have not named any suspects.

Rohingya sources told AFP that the insurgent Arakan Rohingya Salvation Army (ARSA), which operates both in Myanmar's western Rakhine state and in the Bangladesh camps, was behind the shootings.

In the last three months, ARSA has been blamed for at least five killings including three senior Rohingya leaders, two Rohingya sources said, speaking on condition of anonymity due to fears for their security.

Bangladesh has launched a crackdown on ARSA, led by its elusive leader Ataullah, after prominent Rohingya community leader Mohib Ullah -- who had been received at the White House -- was shot dead in September last year.

Police charged 29 Rohingya, including several ARSA cadres, for that murder.

The group was also blamed for killing six students and teachers at an Islamic seminary controlled by a rival group.

Police last month said they had arrested more than 800 Rohingya with suspected links to the ARSA.

Community leaders said they were being urged by police to tip off officers if ARSA cadres were found in the camps.

Hundreds of thousands of Rohingya fled their homeland in Rakhine in August 2017 after a Myanmar military crackdown, which the United Nations is investigating over genocide charges.