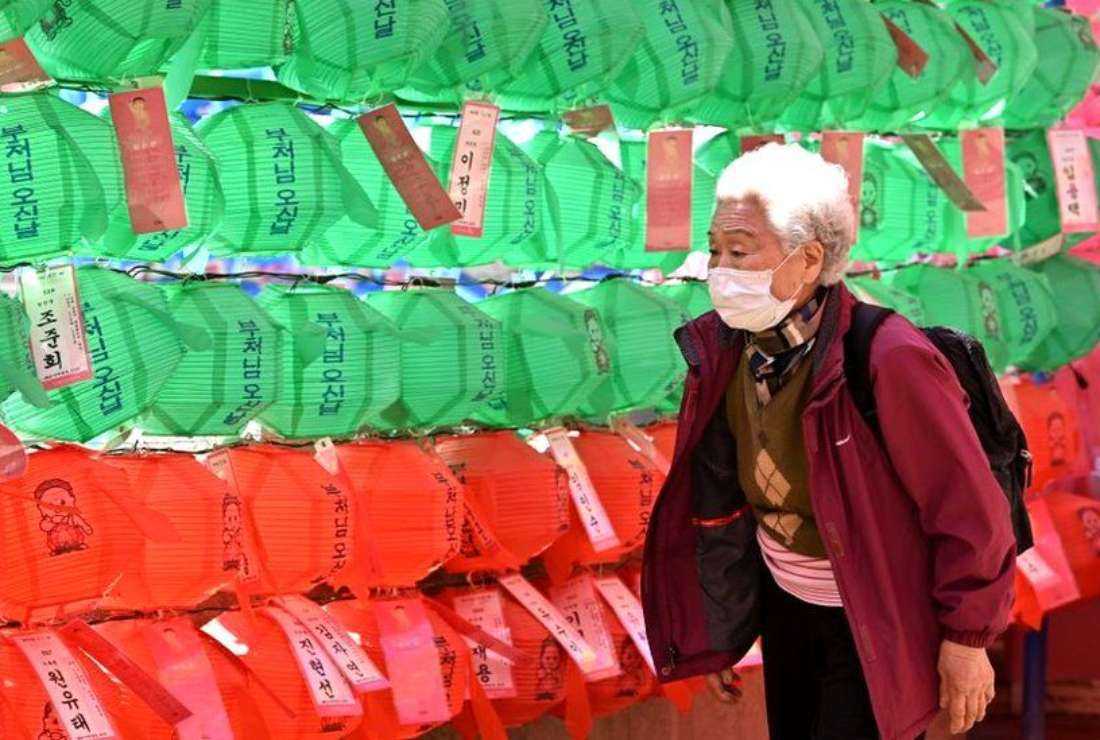 A rise in the elderly population and consequent economic pressure are blamed for an increase in elderly abuse cases in South Korea. (Photo: AFP)

South Korea has been experiencing a marked increase in the abuse of elderly people in families, triggering alarm among Catholic and social activists who insist on emboldening the social protection system to tackle the phenomenon.

The latest report from the Ministry of Health and Welfare showed the number of abuse cases increased by 20 percent in 2019-20, reported the Catholic Peace Broadcasting Corporation (CPBC).

The report showed nine out of every 10 reported cases involved domestic abuse, ranging from physical and verbal abuse to emotional isolation due to generational gaps and neglect.

The increase in cases has been attributed to the Covid-19 pandemic when the elderly were forced to spend more time with their family members during lockdowns.

The Korean Statistical Information Service reports that the elderly population in 2022 aged 65 and above is at 17.5 percent (9 million) of the 51 million people in South Korea. It is predicted to rise to 25.5 percent of the estimated total population by 2030.

The failure of South Korean society to effectively keep up with the rising elderly population is a major cause of abuse, Sister Park Jin-ri, a Catholic nun who oversees a welfare facility for elderly in capital Seoul, told CPBC this week.

“With the rise of the elderly population and cost of living, families are stressed out. This escalates conflicts and abuses. There are many cases in which spouses abuse the elderly"

“We have a society that is aging rapidly, but overall society is unable to keep up with it, so it is the biggest cause of elderly abuse. Social customs are changing too. In the past it was taken for granted children would support their parents, but it is not the same today,” the nun explained.

“With the rise of the elderly population and cost of living, families are stressed out. This escalates conflicts and abuses. There are many cases in which spouses abuse the elderly.”

Soondool Chung, a professor of social welfare at Ewha Womans University, noted that from an economic point of view many in society see the elderly as a burden. This phenomenon, she says, requires educational inputs to help bridge the generational gaps.

“I think we need education for improving understanding between generations that will allow people to understand each other better,” she said.

There have been reported cases of elderly abuse in welfare facilities as well.

According to South Korean lawmaker Kim Won-i, elderly abuse cases in welfare facilities numbered 238 in 2016, 327 in 2017, 380 in 2018, 486 in 2019 and 377 from January to August 2020. About 87 percent of cases occurred in medical and welfare facilities for elderly people with mental and physical ailments such as dementia or stroke.

It comes against the backdrop of South Korea having the highest elderly poverty rate (0.434 percent) among developed countries despite it being the fourth-largest Asian economy, according to the Organization for Economic Cooperation and Development. Poverty is blamed for rising depression, lonely deaths and suicides among elderly South Koreans.

“There is a prevalent tendency in society to dismiss elderly abuse as an individual and family problem. This is something that society as a whole must work on together"

Official census data released last December showed South Korea recorded the world’s lowest birth rate of 0.84 in 2020 and for the first time in its history its population had fallen. Overall population growth fell from 1.49 percent in 2010 to 0.05 percent in 2019.

Non-government services such as elderly care homes are run by the Catholic Church.

However, a comprehensive and integrated program involving state and non-state agencies is required to tackle issues for the aging population, and designating the issue as a social problem is essential, social activists say.

“There is a prevalent tendency in society to dismiss elderly abuse as an individual and family problem. This is something that society as a whole must work on together. When abuse occurs, it is necessary to report it and seek professional help,” Sister Park said.

In addition, it is important to educate and train elderly and young people in their communities on human rights including the use of respectful language, the nun noted. “We need to more programs to ensure better integration of young and the elderly.”