Rights group calls for EU pressure on Vietnam over detainees 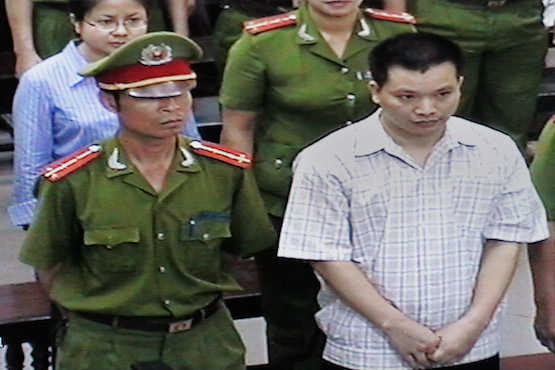 Human Rights Watch has called on the European Union to press Vietnam into releasing all political and religious prisoners and end repression of freedom of speech, association, and assembly.

The call comes ahead of the 7th annual bilateral human rights dialogue between the EU and Vietnam in Hanoi on Dec. 1.

In December 2015, prominent rights lawyer Nguyen Van Dai was arrested while on his way to meet the EU delegation in Hanoi during the 5th EU-Vietnam human rights dialogue.

He remains in custody awaiting trial. In November 2017, police detained and interrogated rights activists Nguyen Quang A, Pham Doan Trang and Bui Thi Minh Hang after they met with an EU delegation.

"The EU should publicly press Vietnam to release Nguyen Van Dai and all other political prisoners, and amend its penal code so that it is impossible for Communist Party-controlled courts to imprison critics," Human Rights Watch’s Asia director Brad Adams said.

"This dialogue should lead to concrete commitments on rights and not just be yet another talk shop."

According to the rights group, there are at present at least 105 critics serving prison terms for expressing critical views of the government, taking parts in peaceful protests, participating in religious groups disapproved by the authorities, or joining civil or political organizations that the ruling Communist Party of Vietnam deems as threats to its monopoly on power.