Human rights defenders across India have been targeted by the Modi government, CIVICUS says Protesters including two Christian nuns hold placards during a protest in Kolkata, India, on July 6 in connection with Father Stan Swamy's death while under detention on sedition charges. (Photo: AFP)

An international alliance of civil rights groups has blamed the administration of Prime Minister Narendra Modi for the death of an 84-year-old Jesuit social activist who died under detention.

The priest's death “is a result of the persecution he has faced by the Modi government after revealing abuses by the state,” the group said in a press statement.

Father Swamy worked among tribal groups and other minorities of eastern India's Jharkhand state for over four decades, creating awareness among communities about their tribal and civil rights.

“Swamy’s death is a tragic loss for civil society and highlights the dangerous situation for other human rights defenders currently in jail in India,” said Lysa John, CIVICUS secretary-general.

“Human rights activism and criticism of the state should not amount to the equivalent of a death sentence.”

Father Swamy was among 16 activists and intellectuals arrested under India’s terrorism laws when they were linked to a violent incident in the village of Bhima Koregaon near Pune in January 2018.

They were accused of collaborating with an outlawed Maoist group to engineer violence between castes and destabilize the federal government, run by the Modi-led pro-Hindu Bharatiya Janata Party (BJP).

The aged priest, who suffered from Parkinson’s disease and other ailments, even had requests for a straw, sipper bottle and winter clothes rejected, CIVICUS noted. 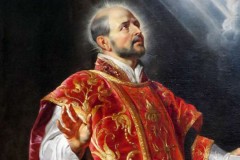 He was moved to a hospital in the seventh month of his detention in late May and tested positive for Covid-19. He suffered a heart attack on July 4 and was put on a ventilator, but his condition deteriorated and he died on July 5.

Dozens of activists are in detention under India's anti-terrorism laws, including those linked to the Bhima Koregaon case. Some have spent more than three years in jail, the rights group said.

“It is disturbing that activists are locked up and continuously denied bail despite calls by the UN to decongest prisons and release political prisoners during the pandemic,” John said.

The case of Father Swamy shows that holding these activists at this time poses a serious risk to their lives and adds another layer of punishment, she said.

“The government must drop the baseless and politically motivated criminal charges against them and release them immediately,” said John.

Human rights defenders across India have been targeted by the Modi government for their involvement in protests or criticizing authorities, CIVICUS noted.

The slow investigative process and extremely stringent bail provisions under the Unlawful Activities (Prevention) Act ensure that those detained are held in pre-trial detention for long periods, the statement said.

In December 2019, CIVICUS downgraded India’s rating from "obstructed" to "repressed" due to its increased restriction of space for dissent, particularly following PM Modi’s re-election in May 2019.