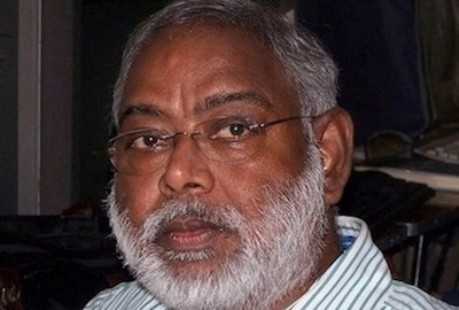 Numerous political columnists have in recent weeks noted how elements of the Rashtriya Swayamsewak Sangh (RSS), and its right wing Hindu ultra-nationalist ideology, has moved from the fringes to center stage of Indian discourse after Narendra Modi’s election win in May.

His Bharatiya Janata Party (BJP) is unabashed about its links with the RSS and the expanding group of organizations it has spawned, collectively known as the Sangh Parivar.  Modi is himself a former RSS leader, as are several of his cabinet colleagues. Some ranking RSS officials have in recent weeks been inducted as general secretaries of the BJP, leaving no one in any doubt of the seamless fusion of the political party and the Sangh which styles itself as a social and cultural organization.

This again points to the major problems religious minorities can be expected to face under Modi’s leadership. RSS chief Vishnu Bhagwat has repeatedly asserted that everyone in India is Hindu – including Muslims and Christians – because this is the land of the Hindu people and civilization. The Sangh ideologue MG Vaidya said on May 19, three days after the election result, that they can now tackle issues such as the building of the Ram temple on the site of the Babri mosque they demolished in 1992. Ashok Singhal, leader of Vishwa Hindu Parishad which is a member of the Sangh, said: “If [Muslims] keep opposing Hindus, how long can they survive?”

Hindus have always been a majority in India, but the manifestation of a majority attitude had only been reflected in the cultural and social field, said Seshadri Char,i a sober commentator of Outlook Magazine and former editor of RSS mouthpiece Organiser.

“Now it is reflected in the politics of the country. A large number of foot soldiers in the RSS-BJP do believe that the political Hindu has arrived,” he wrote.

This was apparent in the absolutely poisonous and acrid discussion that took place in the lower house of parliament two days before Independence Day on August 15 when the BJP’s lead speaker Yogi Adityanath, founder of the rightist group Hindu Yuva Vahini, got away with demonizing the Muslim community and others. The opposition Congress Party did nothing to rebut him and his colleagues.

The debate, the fielding of Adityanath as the key speaker for his party, and the applause he received from leaders and other members on the BJP benches, made a mockery of talk that Modi’s political high command distances itself from the lunacy of the Sangh Parivar, the family of Hindu nationalist groups.

The potential for crisis comes – as it has this time – when rogue elements choose to challenge the law and indulge in targeted mass violence assuming the current political climate will no react against them. They seem to be right.

The rash of violence against Muslims in north India, and increasing incidents of coercion and assault against Christians in central and north India, has alarmed religious minorities in the country.

The figures of communal violence, and actions that fell just sort of violence, are not officially declared, but estimates of cases since the BJP victory announcement on May 16 range upwards of 1,000, most incidents taking place in Uttar Pradesh and Maharashtra which face elections later this year for state legislatures.

The violence against Muslims has been well recorded. The anti-Christian violence has gone under the radar. Taken together, it indicates a massive drive to turn Hindu the countryside, small towns and tribal areas, and not the big towns that were the focus of violence in past years. Bastar in eastern Chhattisgarh state is the new flashpoint.

The Christian leadership has expressed alarm at the sharp rise in hate campaigns by the Sangh’s political and cultural organizations. The threat of purging Christians from villages extends from Chhattisgarh and Madhya Pradesh now to Uttar Pradesh, the borders of the national capital of New Delhi.

There has been no response from the state and federal governments yet to the June diktat by local village leaders, panchayats, in the Bastar region of Chhattisgarh banning entry of Christian. They decided that only Hindus will be allowed into villages in this tribal belt, and only Hindu places of worship can be built in future. This decision is entirely illegal and violates constitutional articles that protect freedom of expression and movement.

The coercive methodology of branding every tribal as a Hindu has led to much violence in several central Indian states, including a pogrom in Kandhamal in Orissa in August 2008. Such threats by right wing Hindu groups gained significant traction during the early years of the BJP-led National Democratic Alliance government of Atal Behari Vajpayee, especially in the tribal areas of Gujarat and Rajasthan.

In the Dangs, a district of Gujarat, more than 25 village churches were burned down on Christmas Eve of 1998 followed by the gruesome burning alive of Australian medical missionary Graham Stuart Staines and his two young sons in Manouharpur in Orissa in January 2009. Many other murders followed, including that of a Catholic priest, Father Arun Doss, in the same region.

Modi and his Minister for Home Affairs, Rajnath Singh, have failed to send out strong signals that the rule of law will be fully protected. Modi’s announcement in his Independence Day speech asking for a “10-year moratorium” on all forms of sectorial violence has muddled the civil discourse.

Human rights and religious minority groups have questioned him on why he did not appeal for a complete end to violence against religious and caste groups. One cynical explanation is that the BJP seeks peace for the 10 years when it hopes to rule the country in increasing strength, but may face a difficult election a decade from now.

Modi has an opportunity to restore faith in harmony and secularism in the country. But there is little of hope that filters through his current strategy of silence on most issues of concern to the country, other than in a few public speeches where rhetoric and slogans substitute for substance.