Revealed: how US and Japan hid the truth on nuclear fallout

Presentations were blocked at UN energy conference in the 1950's 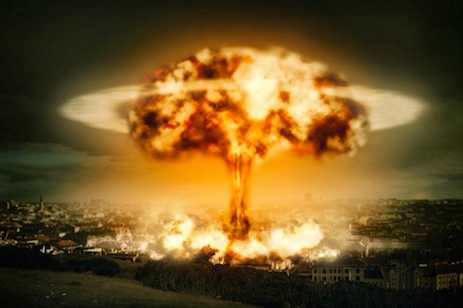 The Japanese government, facing U.S. pressure, moved to block presentations by Japanese scientists about the effects of radioactivity at a U.N. conference on atomic energy in 1955 in Geneva, according to declassified U.S. documents.

The documents highlight the U.S. readiness to promote the "peaceful use" of nuclear power and Japan's stance to toe the U.S. line on the matter despite mounting concern in Japan about radioactivity's possible impact on humans.

Calls were growing in Japan at that time for a ban on atomic and hydrogen bombs following the exposure of a Japanese trawler, the Fukuryu Maru No. 5, to radioactive fallout from a U.S. hydrogen bomb test on Bikini Atoll in the Pacific in 1954. One crew member died later that year.

"The United States was fearful that presentations on nuclear damage would develop into a debate on banning nuclear tests and nuclear weapons use," said Toshihiro Higuchi, an associate lecturer at the University of Wisconsin, Madison, who found the documents at the National Archives and Records Administration of the United States.

The case concerned the first meeting of the U.N.-sponsored International Conference on the Peaceful Uses of Atomic Energy in Geneva in August 1955, which became the catalyst for Japan in introducing nuclear reactors from the United States and Britain in subsequent years.

In a cable to the U.S. Embassy in Tokyo dated May 17, 1955, about three months before the U.N. meeting, then U.S. Secretary of State John Foster Dulles said the "Department (of State) understands Japan intends to submit...papers re effects of bombings Hiroshima and Nagasaki and Bikini incident."

"Department and AEC (the Atomic Energy Commission) strongly opposed presentation papers (on) this subject at Conference and also even acceptance for inclusion (in) Conference proceedings," Dulles added.

In a separate cable dated the same day, Dulles asked the embassy to contact Japanese officials on the matter, stressing that information presented to the conference "should deal only with peaceful uses (of) atomic energy."

In a letter to the U.S. mission to the United Nations dated July 14 the same year, a Japanese diplomat to the United Nations said "after thorough study of the situation concerning the problem of injurious effects caused by radioactivity, my Government has decided to withdraw some of the papers."

The seven papers included "Bio-medical Effects of Nuclear Energy," "Embryological Obstruction in Fishes and Crustacea by Fission Products," "Early Effects of Radiation Injury" and "The Effect of Radioactive Rainfalls on the Fresh-water Systems in Tokyo."