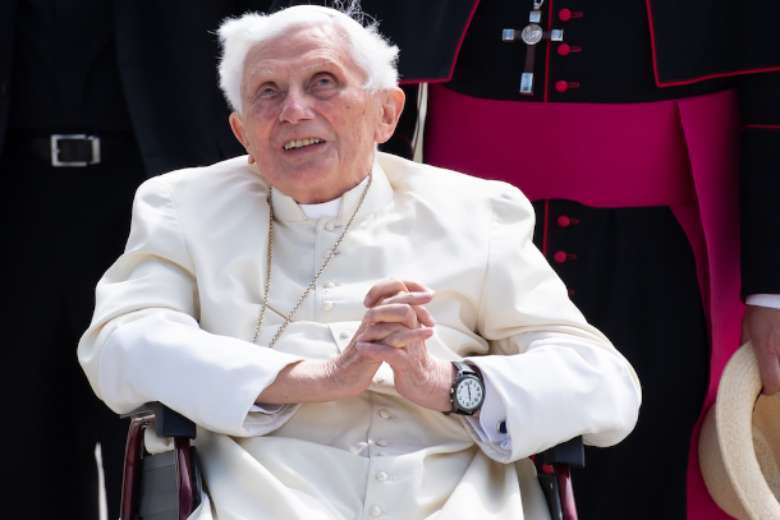 Pope Benedict XVI has lived in the Mater Ecclesiae Monastery in the Vatican Gardens since his resignation in 2013. (Photo: AFP)

Retired Pope Benedict XVI has hinted at his death in a condolence message for a former colleague who was a professor in Regensburg, Germany.

"Now he has arrived in the hereafter, where I am sure many friends are already waiting for him. I hope that I will soon be able to join them," the 94-year-old pope wrote in a letter published by the Upper Austrian Cistercian Abbey of Wilhering on the death of Father Gerhard Winkler.

The German Catholic news agency KNA reported that in the letter dated Oct. 2, the retired pope also emphasized that Father Winkler, who died at the end of September at the age of 91, was "closest to him" among all his colleagues and friends.

"His cheerfulness and deep faith always attracted me," he wrote.

At the end of September, retired Pope Benedict's private secretary, Archbishop Georg Gänswein, said the former head of the church was "stable in weakness," adding: "He is physically very unstable at 94, but he has a clear head. And he has not lost his sense of humor."

The retired pope, who has been living in the Mater Ecclesiae Monastery in the Vatican Gardens since his resignation in 2013, was still able to do everything he wants but needed help with some things, Archbishop Gänswein added.