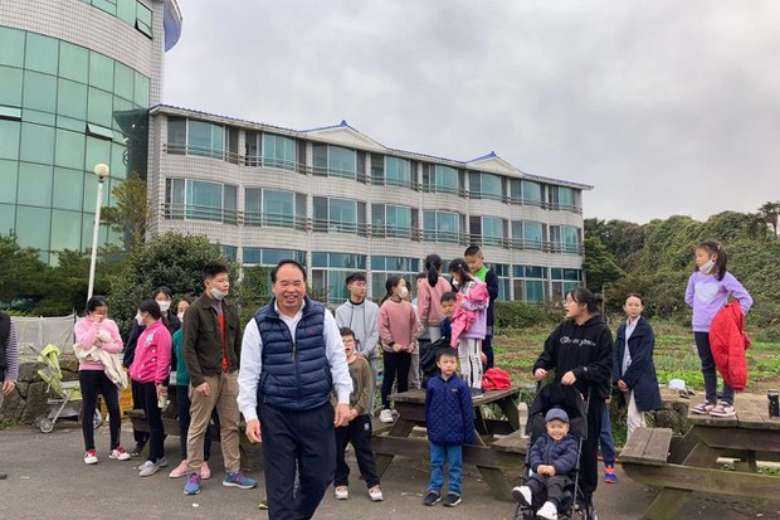 A group of Christians from China who fled to South Korea to escape persecution are living in fear of forcible repatriation after courts rejected their asylum applications.

The 60 members of the Shenzhen Mayflower Church based in China’s Shenzhen city moved to Jeju island of South Korea in 2019 to avoid the Chinese Communist Party’s (CCP) repressive education policy and anti-religious propaganda, Radio Free Asia reported on Jan. 25.

Pastor Pan Yongguang said members were targeted after he co-signed a letter protesting against the CCP’s new regulations on religions that triggered a new crackdown on religious activities across China.

"Our church would educate our children about our religious beliefs, and the police would come along and force them to enroll in school so they could be brainwashed," he said. "They didn't want us to teach our children the Bible, and children are banned from attending church. This went against our faith and our consciences.”

Pastor Pan said 30 church members who stayed behind in Shenzhen have continued to face harassment from state police.

He said he faces multiple charges if he is repatriated to China. The local state security police have been repeatedly threatening his mother, sister and brother.

It is very likely that the South Korean government will want us to leave. We may not necessarily have to go back to China, but we will have to leave

"I have been charged with subversion of state power, colluding with anti-China foreign forces and human trafficking," Pastor Pan said. "That's because I took these believers out of China, so now I'm suspected of trafficking or smuggling them."

One of those charges is enough to put him behind bars for years, he said.

Multiple lower courts have rejected asylum applications by church members. The applications are pending to be heard by the High Court.

Pastor Pan fears that if their applications are rejected again, they would become illegal immigrants in South Korea 14 days after the rejection.

"It is very likely that the South Korean government will want us to leave. We may not necessarily have to go back to China, but we will have to leave," he said.

The church members have also applied for asylum in the United States through the United Nations High Commissioner for Refugees (UNHCR). The agency said that it is unable to process their status from their office in Seoul.

An official from the South Korean Immigration Bureau on Jeju island told RFA that it cannot comment on why the applications of Mayflower Church members have been declined.

"We can't tell you the reasons; we can only tell the people concerned," the official said. "It's not yet clear whether they will be repatriated."

A lawyer for the group said South Korea requires asylum seekers to show that their lives or health would be in danger if they return to China.

"The refugee application process is complicated. The likelihood of being rejected again is quite high, and it is a huge headache right now," said the lawyer identified only by the surname Zheng.

Only 0.4 percent of asylum applications from Chinese nationals have been successful in the past

Meanwhile, Bob Fu, president of the US-based Christian rights group ChinaAid, said the South Korean government is wary of the CCP and is eager to avoid any conflict with Beijing over the asylum seekers.

"Only 0.4 percent of asylum applications from Chinese nationals have been successful in the past," Fu said. "South Korea is effectively being held hostage by the CCP."

Pastor Pan said the church group had to face a difficult life on Jeju amid language barriers and a lack of education for their children.

The asylum seekers have received free Covid-19 vaccines and none has been infected so far, he said. Most have been struggling to make a living as employment on Jeju is limited to the agriculture and tourism sectors. "All they can do are odd jobs like picking tangerines."

Now, with uncertainty looming over the asylum seekers, the Christians are living in fear.

"If we become illegal immigrants here, then the South Korean government can't offer us ... protection, and we are in danger," Pastor Pan added.

Communist China ranks 17th among 50 countries in the world where Christians face severe forms of persecution, according to the World Watch List 2022 by US-based Open Doors.