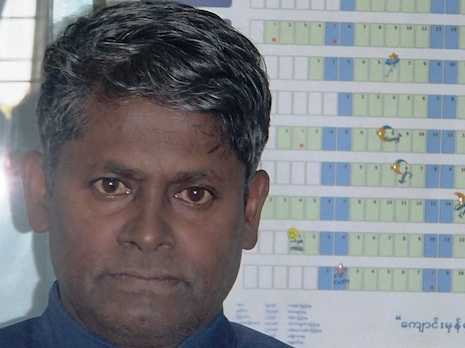 Civilians caught in conflict zones continue to suffer long after the battles end and the soldiers return to their barracks.

In Kachin state, where a government offensive against the ethnic Kachin Independence Army has reached the outskirts of the opposition army’s stronghold in Laiza, the battle is far from over. But one controversial weapon of war – landmines – is making a battle zone of areas far from the front lines.

Sam Mai, 14, and two friends were riding on a motorbike on January 20 in the village of Lagathaw just outside Manwaingyi when they triggered a landmine buried in the road.

Myo Hlaing, who was riding in the middle, died instantly. Gum Phun escaped with only superficial injuries. Sam Mai was severely injured by shrapnel on the left side of his back.

The two survivors were taken to a hospital in Nam Kham in northern Shan state – the only decent hospital within traveling distance from Manwaingyi.

Just one week earlier, Zaw Htay, 37, from Hpa Kant lost both his hands after he drove his motorbike over a landmine.

A poor laborer with a wife and two children, Zaw Htay now fears for his future because his disability will prevent him from supporting his family.

The fighting in Kachin state has dominated headlines at home and abroad since the end of a 17-year ceasefire in June 2011 and the escalation of hostilities in December last year.

What doesn’t get as much attention, however, is the threat posed by landmines – the legacy of decades of conflict in Myanmar’s ethnic areas in general and in Kachin state in particular.

Myanmar has yet to ratify the Ottawa Convention against the production and use of landmines, though Foreign Minister Wunna Maung Lwin said in July last year that the government was actively considering all key disarmament treaties, according to a report by Mizzima.

According to government data, at least 84 people were killed and 297 injured by landmines in 2011.

However a recent report by the Landmine and Cluster Munitions Monitor puts the total deaths by landmines and other explosive remnants of war (ERW) at 381.

But Myanmar has no official program for the treatment and rehabilitation of landmine victims.

Moreover, recent rhetoric in the upper house of parliament suggests that some, at least, see escalation of violence as the key to peace in the country.

Hla Swe, a former military commander and current parliamentarian in the Amyotha Hluttaw from Myanmar’s ruling Union and Solidarity Development Party, advocated the use of excessive force to end the conflict in Kachin state.

He is reported to have said that Myanmar should take its lead from the United States’ victory over Japan and the Sri Lankan government’s defeat of the Tamil Tigers in 2009 in order to achieve a lasting peace in the country, according to a report by The Irrawaddy on January 25.

Hundreds of thousands of civilians were incinerated by the two atomic bombs dropped on Hiroshima and Nagasaki.

In Sri Lanka, the brutality with which government troops dealt with the remnant of Tamil fighters has sparked calls in and outside the country for a UN war crimes investigation.

The way to peace is not via increased violence, the principal victims of which have always been civilians.

And as the country touts its accomplishments in democratic reform to an international community eager to invest in one of Asia’s last untapped markets, advocating increased militarism while doing very little to protect the most vulnerable communities sends the wrong message.

In tandem with efforts to end fighting in the country’s ethnic minority areas, the government must also initiate official landmine clearance and victim support programs.

The safety of its citizens hangs in the balance.

But the country’s economic stability does as well, since some of the most affected areas include resource rich regions in ethnic minority areas such as Kachin state.