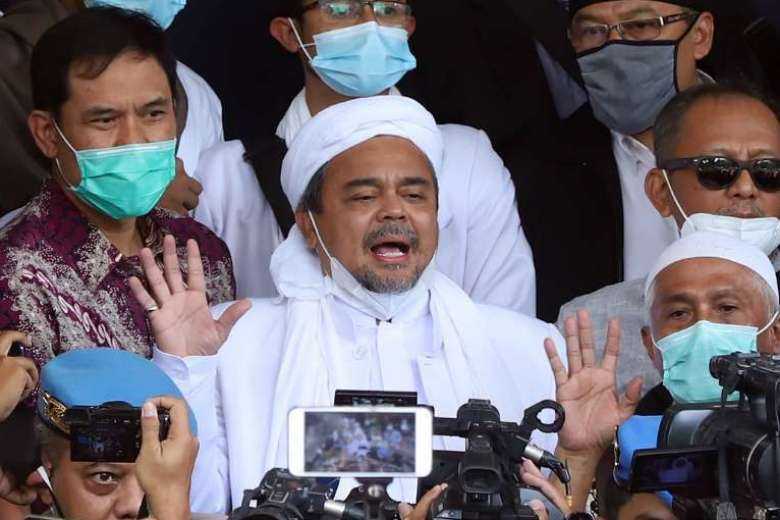 Indonesia’s Supreme Court has decided to reduce the jail term of a notorious cleric for circulating false information about his Covid-19 test result.

Muhammad Rizieq Shihab, former leader of the Islamic Defenders Front (FPI), a banned hardline group, was sentenced to four years in jail by the East Jakarta District Court in June for claiming to be healthy despite having tested positive for Covid-19.

In a decision delivered on Nov. 15, the apex court reduced his sentence to two years taking into consideration there were no casualties or physical abuse in the case. The cleric was also serving time in prison for other cases related to breach of curbs imposed due to the coronavirus pandemic.

The district court’s verdict was considered “too heavy” and hence there was a need for correction by imposing a lighter sentence, the Supreme Court said.

The apex court verdict, coming after an eight-month jail term handed in May to Shihab for breaching coronavirus curbs by participating in several mass events including his daughter’s wedding, is lighter than the six years demanded by the prosecutor.

Shihab was accused of giving false information in a video uploaded on the website of Ummi Hospital in Bogor. Jakarta High Court had upheld the district court’s jail sentence, after which his legal team moved a cassation appeal in the Supreme Court.

In this case, however, the court should have been able to pay serious attention to the people’s voice in seeking justice

Commenting on the decision, Petrus Salestinus, a Catholic lawyer and coordinator of the Indonesian Democracy Defenders Team, said the Supreme Court has the authority to decide whether or not a sentence should be reduced.

“In this case, however, the court should have been able to pay serious attention to the people’s voice in seeking justice. The case is about Covid-19 in which the government has taken efforts to implement strict regulations to prevent its spread. Therefore, any violation of the regulations must invite heavy sanctions,” he told UCA News.

The lawyer said Shihab’s case might be connected to his previous cases related to coronavirus. “It cannot be seen as a standalone case. I totally disagree with the apex court’s considerations,” he said.