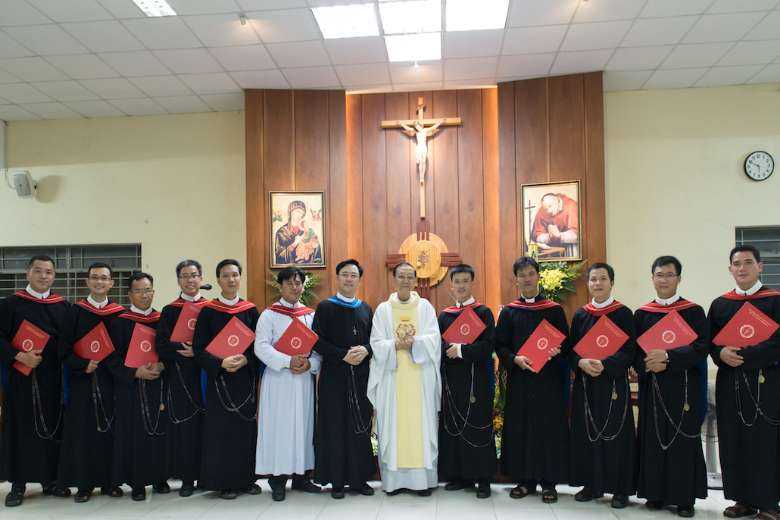 Students with their diplomas at Saint Alphonsus Theologate in Vietnam. (Photo supplied)

Students have graduated at Saint Alphonsus Theologate in the Redemptorist Province of Vietnam.

The 11 students received their diplomas in a ceremony at the college in Ho Chi Minh City attended by the provincial superior, formators, professors and almost 200 students.

They had to join online classes because of the Covid-19 pandemics, some became sick and others had sacrificed their studies to help the poor.

Father Joseph Do Dinh Tu, director of the college, told the graduates that they will face difficulties in their missions but they will become great chances as they realize that they cannot depend on their own strength but must rely on God.

On June 2, the province officially announced the candidates who will profess their first vows (11 novices), final vows (12 brothers) and be ordained to the priesthood (eight confreres) and deaconate (11 confreres).