Gen. Listyo Sigit Prabowo is the first Christian to hold the post in the vast Muslim-majority nation in nearly 50 years 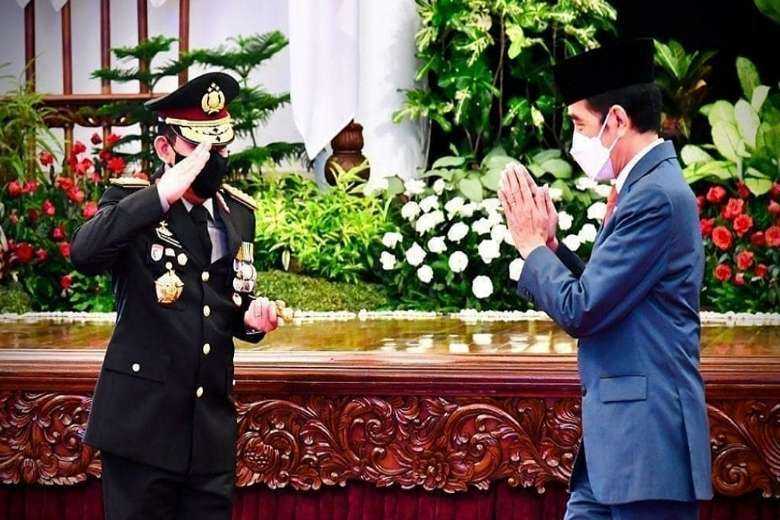 The appointment of a Protestant as Indonesia’s police chief, since his nomination up to his inauguration last week, was surprisingly flawless, without the resistance usually expected from conservative Muslims.

It’s completely different from earlier years, when Christians who were assigned to crucial posts had to face fierce opposition just because of their religious background — sometimes followed by mass protests.

However, this time, not a single protest was aimed at new police chief Gen. Listyo Sigit Prabowo.

Some claimed it was because he’s a policeman. Others counterclaimed that it was rather due to the absence of one of the country’s most notorious groups — the Islamic Defenders Front or FPI.

This group was disbanded at the end of last year. But beforehand it had organized mass protests against Christians appointed to strategic leadership posts, even the lowest rank.

FPI was known for its fearless actions not only against civilians but also against police officers. Claiming that no resistance took place was due to its dismissal by the government sounded plausible.

Prabowo, 52, was sworn in on Jan. 27 as police chief, succeeding Gen. Idham Azis who retired on Feb.1. He is the first Christian to hold the post in nearly 50 years — the third since Indonesia declared independence in August 1945.

Five high-ranking police officers were nominated for the post, but President Joko Widodo singled out Prabowo, his former assistant — both when he was mayor of Solo in Central Java and as president — to undergo a fit and proper test by legislators, and they too unanimously approved his candidacy.

An incident happened when his name was among the nominees. Respected cleric Anwar Abbas, deputy chairman of the Indonesian Ulema Council, attempted to splash waves against the Christian officer.

Abbas nailed his demand on Widodo not to choose someone merely based on closeness, loyalty or professionalism, but to pay attention to public sentiment in the Muslim-majority society.

The cleric even mentioned the thorny relationship between the government and Muslims — which he said was due to criminalization of ulemas — hence calling on Widodo to choose a figure accepted by the public, especially Muslims. He said Prabowo’s religion would be a barrier to carrying out his duties.

His words were insufficient to propel a mass protest as the engine of the Islamist movement had earlier been dissembled by the government.

The story would be completely different if the notorious group was still at large. In the past, remarks from conservative clerics would spark protests easily and the public would expect a chorus response rejecting non-Muslim leaders.

Some years ago, intolerant Muslims intimidated a Catholic woman, Susan Jasmine Zulkifli, who was appointed head of a barrio in South Jakarta. They simply could not accept being led by a Christian — much less a woman — even though she met all professional requirements.

Former Jakarta governor Basuki Tjahaja Purnama or Ahok likewise faced epic opposition to the appointment a non-Muslim leader. It appeared as a political contention but the root of the conflict was his Christian faith.

Christian leaders were the victims of religious exclusivism. In the eyes of conservatives, Muslims can only be led by fellow Muslims, not by "non-believers" — a term that refers to non-Muslims.

So, what does it mean for the Christian police chief?

Prabowo’s nomination was also feared to trigger resistance from conservative Muslims. However, as that did not happen, the floor is open for him to prove that he is the right man.

Being chosen at a relatively young age, he has a long way to go before his retirement six years from now. At the moment, no religious-based groups have rallied against him, but sooner or later civil society groups will do so unless he fulfills his promise to be the servant of humanity.

During the fitness test, Prabowo told legislators that under his leadership police will foster a humanistic approach to law enforcement. He said that in response to mounting criticism of excessive force in dealing with protests, such as the recent rallies against the controversial job creation law, where the police acted violently against demonstrators.

Prabowo promised to change it by forging a dialogue with demonstrators — somewhat of a cliché but worth considering.

As Covid-19 shows no signs of relenting, Prabowo promised the police will be enforcing health restrictions not only by giving instructions but by immersing in communities, talking to people and working closely with them to prevent the contagion from further damaging the economy.

Human rights groups hope the new police chief will unpack the culture of impunity within the police. They hope the police corps — one of the oldest institutions in Indonesia — will be more transparent in handling rights abuses.

Human rights organizations have renewed calls on the government to initiate independent, thorough and effective investigations into extrajudicial killings and use of excessive force.

He said Prabowo should also be able to handle other human rights issues in Papua, environmental issues and farmers' rights.

The public would love to see the new police chief bring transformation — or aggiornamento to use Pope John XXIII’s term — within the police institution. He has plenty of time to do so if he sticks to the role and is not tempted to get promoted to political functions.