Ready for the next digital quantum leap?

The internet has sparked revolutions in nations; it's doing the same in the Church 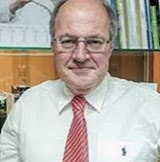 Do you realize that as you read this column you are involved in something changing the Church in ways that were impossible to imagine just a few years ago?

Now before you say “what a silly question”, or “who does this guy think he is?” think about this: according to the head of Google, Eric Schmidt, seven billion of us, up from two billion right now, will be accessing the internet , mostly by hand held devices – smart phone and tablets - inside five years.

That’s not the way most people reading this column will do it – through desktops and laptops. The coming generation of web surfers will be doing it through smart phones and tablets that are the devices most used for accessing social media platforms and using-interest specific applications.

Now we all know that people use the web for lots of different things – from banking and conferencing to aimless chatter and watching pornography. But we have had instances already where the interactivity that the web was founded for has brought political change as we saw in the Arab Spring.

What is really new about what web access will be for the coming generation is how it will enable them to interact directly with others who share common concerns – social media platforms. It is the medium that will enable interactivity on a scale never known in human evolution.

As the last pope put it, the web is the new gathering place or assembly point – the agora. It is the place where messages can be transmitted. To participate in it requires a changed mindset for Church leaders who are used to being listened to. Social media is now the tool for listening to the heartbeat of the Church. Miss it and you are just ignored.

And paradoxically, its capacity to provoke change is highest in closed societies that delude themselves into the belief that they can control the flow of information and contain interaction. Frustrations are highest among people who are blocked from what they want to do.

And people who are frustrated always find their way through or around blocks, which, in the cyber world, are called firewalls. It can be done if you know how. Just look at the mayhem the Chinese are creating for US and Australian intelligence services. The Chinese want to know what the Americans are up to!

What difference will it make to Catholics and the Church’s operations when more than two thirds of the planet’s population is interacting in cyberspace?  And before you dismiss my question, just consider that at every turn of civilization, it’s technology that has driven not just economic change but also cultural change as well. It’s happened from the creation of the wheel to the creation of air travel.

And what we are witnessing is the exponential growth in the capacity of ordinary individuals – up to seven billion of them – to share a technology for information distribution and interaction. This is not only a technical change but the trigger to a cultural change that has always been the Trojan Horse in the advent of the web – the power of interactivity and the democratizing of access to information and the formation of opinion.

Cultural change is what makes or breaks the Church’s ability to proclaim the Gospel in compelling and persuasive ways. And our record isn’t great on that score.

It took 150 years for Vatican authorities to wake up to the invention of printing by Gutenberg. It was Luther who saw its potential, translated the Bible from Latin into national languages and put the Word of God into the hands of anyone who could read it. From this and for other reasons, the Protestant reformation flowed.

In Asia, one of the continents where the Catholic Church is growing, we are familiar with the impact of cultural change and its relevance to the mission of the Church.

The Church’s mission to proclaim and display the message of Jesus has never done so well as it has since the end of the colonial era in the middle of the last century. Becoming their own nations, Asian societies and their Catholic Churches have not had to carry the burden of being seen as a European import. Many have taken on shapes and languages and customs proper to the people of each country and nationality.

But now, by 2018, the communications landscape of Asia will be transformed by what the net can offer through cheap smartphones and tablets. Interactivity will so impact Asia that previously hierarchically structured and centrally controlled nations and cultures will be under an attack, the likes of which they have never faced before – from within.

This is, of course, why countries like Vietnam, China and Myanmar exercise the most intense vigilance of what their populations access and block anything that the central authority deems to be a threat.

But it is the dog chasing its tail. The initiative is always with the person accessing the web and not the one trying to control the population. People are smarter than bureaucracies and cyber police think they are.

The most immediate and obvious opportunity for the Church is to take seriously the Vatican II notion of the Church as the People of God and not define the Church beginning with the hierarchy.

Whether you like it or not and whether it’s an improvement or a deformation, the web means everyone has the opportunity to pose as an authority, to propose their campaign, to unite or divide communities and nations. The capacity to publish and interact and win and persuade whole populations is now in the hands of anyone who wants to grasp it – for good or for ill.

Miss this change in style and substance to the culture created by the web and the Church will do itself lasting damage.

Of course, virtual interaction is no substitute for actual, face-to-face encounter in the Church’s life. Just as you might make friends online, no one develops real relationships unless they can actually meet and learn about someone else in the flesh. Even online dating goes nowhere until there are real meetings. It’s the same with the Church.

But coming generations of Catholics will not take the word of authorities just because they’re authorities. The next generation of leadership of the Church will need to be skilled in offering invitations and being persuasive, rather than believing compliance with their directives will come simply by virtue of their office.

However, there’s an upside. With so many Catholics online in Asia, what connected people to parishes in the past (sodalities, prayer groups, social service outreach, administration, schools and many more) will have another layer to them – continuous virtual and interactive connection.

A French historian, Charles Peguy, said early last century of the Church that at the turn of each age, “she arrives a little late and a little breathless.” This time, what can be done with the changes in cyberspace are only restricted by the way we limit the possibilities.