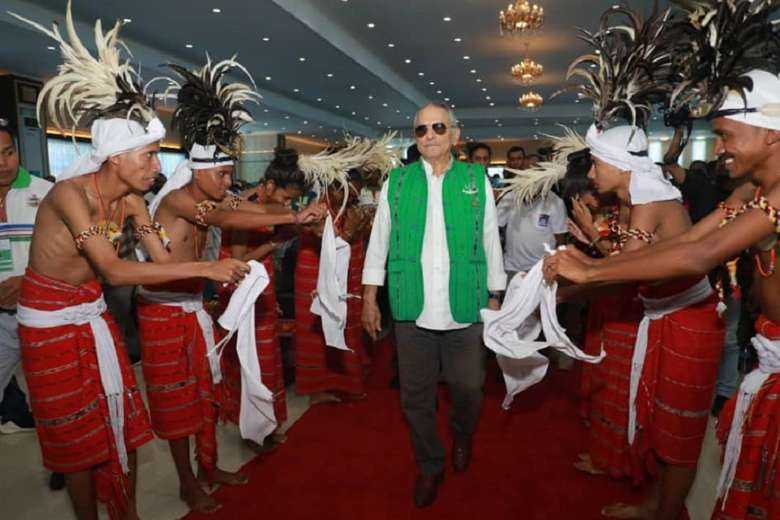 Former president and Nobel Peace Prize laureate Jose Ramos-Horta has announced his candidacy in Timor-Leste's presidential election, where he has the support of Xanana Gusmao, a fellow key figure in the country's independence struggle.

The announcement on Jan. 23 came after he officially gained support during the national convention of the National Congress for Timorese Reconstruction Party (CNRT) which Gusmao leads.

"I am carrying out what was entrusted to me by the CNRT and the people of East Timor to run in the 2022 presidential election," Ramos-Horta said.

The 72-year-old said he chose to run in the March election because he saw the example of Gusmao who continues to contribute to the country, including when he was directly involved in distributing aid to those who suffered during social restrictions due to Covid-19.

“I would rather not be in the presidency or in the government and continue to do what I have been doing. But this is a selfish position, while Xanana Gusmao continues to work for the country,” he said.

Portuguese news agency Lusa reported that in a document that CNRT submitted to Ramos-Horta if elected, he was asked to reorganize the constitutional order, restructure the Court of Appeal and the Attorney General's Office, consult with the party about the people it would like to appoint to its advisory team and ensure good communication to achieve those goals.

He was a key figure in the country's struggle for independence and his contribution earned him the Nobel Peace Prize in 1996 with Bishop Carlos Filipe Ximenes Belo.

He is a member of the judging committee for the 2022 Zayed Prize for Human Fraternity, an award by the Higher Committee of Human Fraternity to mark the historic meeting of Pope Francis and the grand imam of Al-Azhar in 2019 in Abu Dhabi.

Ramos-Horta is touted as a strong challenger to incumbent President Francisco “Lu-Olo” Guterres, who declared he would run on Jan. 16. Guterres is supported by the Revolutionary Front for the East Timor Independent Party (Fretilin), CNRT's main rival.

Six other candidates have declared their candidacy, including former priest Martinho Germano da Silva Gusmao and Mariano Sabino of the Democratic Party.

The election will be held on March 19, with the registration period for candidacies running until Feb. 4. The winner will take office on May 20, the day the Catholic-majority country celebrates the 20th anniversary of its independence from Indonesia.