The Muslim holy month of Ramadan could not come at a worse time in South and Southeast Asia as governments battle to keep the Covid-19 pandemic at bay, presenting multiple potential dangers for Islam’s hundreds of millions of followers and their countrymen.

Ramadan is, of course, a landmark event in the Muslim calendar celebrating the month when the Prophet Muhammad was handed the Quran by God (Allah). It is marked by fasting from sunrise to sunset, then each evening is celebrated with a meal known as iftar to break the fast with friends and family.

This celebration has been marked by mass gatherings over the years. The emphasis on friendship during the festival is particularly strong. Along with the centrality of communal prayer to Islam generally and special holidays in particular, this is where Ramadan may pose some danger.

Add to the mix the poor track record, so far, of some Muslim nations in the region of countering the spread of coronavirus, particularly Pakistan, Bangladesh and Indonesia, and there is a recipe for potential disaster. The official death toll in all three places is widely believed to be under-reported by experts.

“Those who were yet to be confirmed with Covid-19 were also reported by hospitals as death by coronavirus,” Faqih said.

Pakistan is the most problematic, with religious and secular leaders unable to find any consensus on halting activities in mosques. Hardline clerics and their followers were packed cheek by jowl into mosques in the country last Friday, according to multiple media reports. It seems that their intention is to continue, with the big test coming on April 24, the first Friday of Ramadan. Similar problems have been encountered in parts of Bangladesh and Indonesia.

Muslims and their neighbors are better off in India, home to as many as 200 million believers, due to the central government’s hard lockdown of the country that was recently extended until May 3, covering the first 10 days of Ramadan. All but essential services are closed and religious places of all kinds have been shuttered.

No one has any clue how effective India’s efforts will be, especially as testing has been very low, as it is everywhere in Asia due to a lack of preparedness and resources.

Ramadan is a moving holiday in the Muslim calendar and shifts around the universally used Gregorian calendar. This year it begins on April 23 or 24 depending on which country — and again this is determined by the moon. Ramadan lasts from the first until the next sighting of the crescent (new) moon and can stretch from 29 to 31 days. In most of Asia, it begins on April 23 but, moving west, it starts on April 24 in Pakistan. 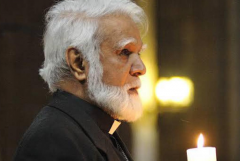 The US-based Pew Institute’s latest survey of more than 200 countries estimates there are about 1.57 billion Muslims worldwide — roughly 23 percent of the total 6.8 billion global population.

Almost 62 percent of the world's Muslims live in the Asia-Pacific region, which is home to the four biggest Muslim nations on earth: Indonesia, Pakistan, India and Bangladesh.

Malaysia is majority Muslim and home to about 20 million followers. The tiny nations of Brunei and the Maldives are also Muslim, while every country in the region has smaller but often significant Muslim populations that run into the millions. Even China has more Muslims than Syria.

Problematically, the news that Islamic conferences were hotspots that helped to spread the virus around South and Southeast Asia has triggered fresh waves of Islamophobia in some countries, most notably India. Here, the Hindu nationalist Narendra Modi government has effectively given Hindu mobs license to terrorize Muslims; in some cases this has resulted in deaths by lynching.

Any sense that Indian Muslims are breaching lockdown guidelines for their faith will surely have their opponents causing very dangerous trouble.

The end of Ramadan presents another challenge. The three-day Eid al-Fitr festival brings another round of communal praying. Yet, like Ramadan, there is a strong theme of charity. The most charitable things Muslims can do are the hardest — resisting the temptation to have mass prayers so that they keep themselves and their neighbors safe. That, after all, is as charitable as it gets.