Retired Catholic priest known as activist, was shot after he facilitated the release of a political detainee 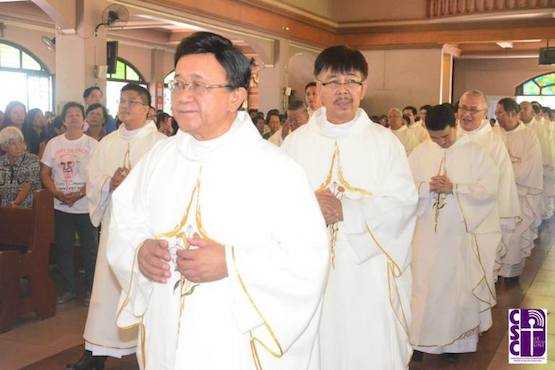 Gunmen killed  a 72-year-old Catholic priest on the main Philippine island of Luzon on Dec. 4, a day after police killed a pastor they tagged as a member of the communist New People's Army.

The attack occurred hours after Paez, a retired priest of San Jose Diocese and a national board member of the Rural Missionaries of the Philippines (RMP), facilitated the release of a political prisoner in Cabanatuan, the provincial capital.

The RMP is a national, inter-diocesan and inter-congregational organization of priests and lay people that works with peasants and indigenous people. Paez was also the group's Central Luzon co-ordinator.

San Jose Bishop Roberto Mallari and other clergy condemned the killing and demanded justice for the 33-year-old veteran of the priesthood who retired in 2015.

In a statement, Bishop Mallari said Paez once headed the justice and peace desk of the diocese's social action commission, bringing him in close contact with poor workers and farmers.

The police regional mobile force said they killed Quinones in a firefight, tagging him as a member of the New People's Army (NPA).

Kin and critics, however, denied the charge and said police "planted" a gun after shooting Quinones just five minutes away from his residence. The victim was subjected to a parrafin test, which yielded a negative result, according to Christina Palabay, executive director of the human rights group Karapatan. A parrafin test is when a cast is made from a suspect's arm, which is then subjected to a chemical test to check for gun powder residue.

The attack on Paez is the third killing of a religious in as many weeks. Gunmen shot dead United Church of Christ of the Philippines lay pastor Perfecto Hoyle on Nov. 16, in Jabonga, Agusan del Norte.

Duterte terminated peace talks with the National Democratic Front (NDF), the underground leftist umbrella, on Nov. 23, branding the Communist Party of the Philippines (CPP) and the NPA as "terrorist" groups. Activists march to the Malacanang palace during an anti-Duterte protest in Manila on Nov.  30, 2017, denouncing the government's crackdown of activists and what they call US-backed Duterte dictatorship. (Photo Noel Celis/AFP)

The president also threatened to go after legal activist groups. His spokesperson, Harry Roque, said groups and individuals suspected of "conspiring" with the underground movement would be included as targets.

Duterte later told soldiers they can shoot unarmed civilians if they feel threatened. He promised the military legal protection from human rights cases, the same pledge offered to a police force that has killed close to 4,000 suspected drug addicts and dealers.

Paez was known as an activist. A former parish priest, he once led the Central Luzon Alliance for a Sovereign Philippines, which campaigned for the removal of the US military bases in Central Luzon and other parts of the country.

On the day he was killed, Paez had facilitated the release of political detainee Rommel Tucay, an organizer of a farmers' group arrested in March this year by army troops.

Redemptorist Father Oliver Castor, spokerperson of the RMP National office, told ucanews.com that Duterte's offensive against political dissenters follows the pattern of his crackdown against suspected drug addicts and dealers.

"It is systematic killing directed towards a specific section of the population. The year past, the targets were drug users; this time, leftists."

Labeling people's organizations and their supporters, including church people, as leftists and destabilizers "is chillingly reminiscent of the years of Marcos martial rule." Castor said.

The Promotion of Church People's Response called on clergy and religious groups to join a noontime rally on Dec. 5 to demand justice for Paez, who was also a member of the group.

"Paez was known as an advocate of human rights, peace and justice not only in his diocese but in the country," said Nardy Sabino, secretary-general of the organization.

"We condemn in the strongest terms such a cowardly and brutal act against church people," Sabino said. "We urge the Duterte administration to hold a thorough investigation and hold the perpetrators accountable. "

Thirteen priests have been murdered since the late Ferdinand Marcos launched his dictatorship until the end of Aquino's administration in 2016, Sabino said. Like Paez, all the slain priests lived and worked in poor, grassroots communities.