To increase its audience, Radio Veritas Asia has begun an online transmission for its Urdu service in Pakistan.

The four-hour web stream will replace the existing shortwave transmission broadcasted from Radio Veritas Asia in the Philippines.

According to Father Qaiser Feroz, director of the Urdu service, the transition will be completed in the next five months.

"Financial crisis was a very important factor. Donors only cover 70 percent of the production costs," he said.

"Also, the emergence of smartphones and mobile internet subscriptions offer new opportunities to reach out to a wider audience," he said.

Lack of interest in the radio service from the Christian community was another challenge. Most of the 6,000 registered listeners of the Urdu service, broadcast from the Catholic communication center in Lahore, are Muslims.

"Education, not media, is the top priority of the local church," he said. 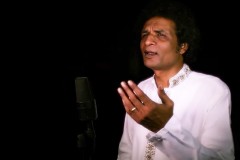