Pakistani Christians mourn the death of relatives Dec. 18 during a funeral ceremony the day after suicide attack on a Methodist Church in Quetta claimed by Islamic State. (Banars Khan/AFP)

A cleric at the Pakistan church attacked by terrorists has told how several parishioners died when one of the wounded assailants detonated a bomb and three chandeliers fell and crushed them.

"We are lucky to be alive, but my congregation is like my family," Pastor Simon Bashir of the Bethel Memorial Methodist Church in Quetta said.

"I was single when I arrived in the city a decade ago and now all of my relatives are here. We spent more than a million (rupees) in decorating the building and polishing the furniture. I saw them die and I could not do anything," he said.

The pastor said he was unsure if the church will open in time even for New Year’s Mass.

"People are facing problems as their vehicles are still parked inside the Church compound," he said.

Haroon James and his younger brother are among 22 patients being treated at the trauma center of Sandeman Provincial Hospital after suicide bombers Dec. 17 killed at least nine people and wounded more than 50.

The wife of Haroon’s younger brother was one of those killed in the pre-Christmas attack.

"I was standing near the altar when terrorists stormed the Church," Haroon told ucanews.

"Everybody panicked as Muslim policemen and church volunteers exchanged fire with the terrorists trying to get inside.

"We were gathering the crowd closer to altar when the bomb exploded." 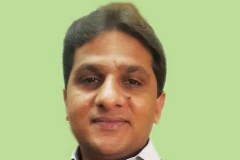 Doctors have removed shrapnel from Haroon’s legs and a bullet from his abdomen.

However, a piece of shrapnel deep in his left leg could not be removed, they advised.

His younger brother was still in a critical condition. Because shrapnel had punctured his lungs, he could not be operated on, Haroon said.

The Methodist Church remained sealed-off by the authorities as forensic teams collected evidence.

Its walls, ceiling and carpet were stained with the blood of Sunday worshippers.

Broken chairs and glass shards from windows were piled-up around a decorated Christmas tree.

More than 1500 have attended funeral services for victims.

In Lahore, the Catholic Bishop’s National Commission for Interreligious Dialogue and Ecumenism held an interfaith prayer service for the victims on Dec. 18 at the Sacred Heart Cathedral.

Archbishop Sebastian Shaw joined several clerics in expressing gratitude to security agencies for standing up against the terrorists.

"It was a day of sorrow for all Pakistanis and especially for Christians," said the Archbishop.

"It proves they don’t believe in any religion, they neither respect worshippers or God."

Archbishop Shaw added that: "Military and religious leaders assured us that we are united as a nation. We are receiving messages of condolence from all religious communities."

"The enemy is not at the borders, but in our streets and surroundings. We should be more aware of such rogue elements and cooperate with security agencies to get rid of terrorists. The blood of the innocent should not spill on our land."

They warned that they would defend their motherland against "elements" in Afghanistan hatching conspiracies against Pakistan.