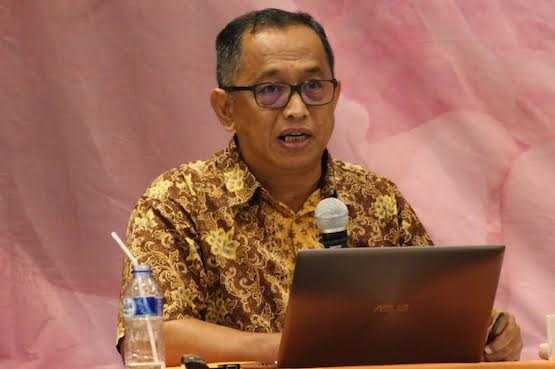 Father Carolus Boromeus Kusmaryanto reminds Catholic doctors to avoid practices that can terminate the life of the unborn in a seminar in Jakarta on July 16. (Ryan Dagur)

A moral theologian has reminded Catholic doctors to uphold the ethical values of their profession and refrain from doing things harmful to human life, particularly to unborn children.

"The most important principle is to maintain life," said Father Carolus Boromeus Kusmaryanto, addressing Catholic doctors participating in a seminar in Jakarta on 16 July. "It’s the teaching of the Catholic Church."

The seminar, "Respect the Unborn: Challenges for Catholic Doctors in the Modern Technological Era" was organized by Jakarta Archdiocese and addressed a variety of moral issues surrounding fetuses, including in-vitro fertilization and abortion.

Father Kusmaryanto — a moral theologian at the Catholic University of Sanata Dharma in Yogyakarta — admitted that the biggest challenge for medics is how to keep human dignity intact and protect people from inhumane practices in the face of life-terminating technology.

The Catholic Church believes that human life begins at conception. "Medical action that destroys the life of a fetus can never be justified," said the priest.

The Indonesian Church won’t even stand for abortion in the case of a child being conceived through rape. Bishops pointed to a speech given by Pope John Paul II who said a child should not pay the price for the sin of its conception.

In such cases and if the couple cannot take care of their children, the church suggests adoption, said Father Kusmaryanto.

"A child is a gift from God and should be accepted with gratitude," he said.

Eva Roria Silalahi, an obstetrician, said that doctors face a dilemma. With regards to prenatal diagnostics, she often faces difficulties if the fetus has an abnormality. "Sometimes the families ask to terminate the fetus, which is against our faith," said Silalahi.

"On the one hand there are professional demands and on the other it is against religious teaching," she said.

Meanwhile, Doctor Friesca Vienna Saputra of the Youth Mission for Life, a Catholic pro-life group, said that the moral question surrounding fetal life is complex. Continued guidance and campaigning from the Catholic Church remains crucial amidst an increase in abortions, about 2.4-2.6 million cases per year in Indonesia.

"Every minute there are five abortions in Indonesia," she told ucanews.com.

"Awareness, education, and seminars on pro-life are important," she said.