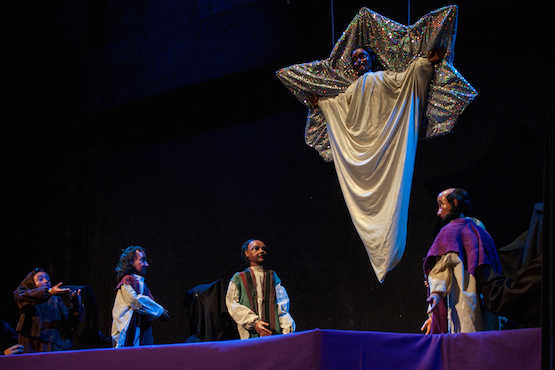 A scene from a puppet show in Manila that aims to introduce the story of Jesus to children during Holy Week. (Photo by Mark Saludes)

A puppet show is helping Filipino children understand the Passion and death of Jesus that is being observed this week by Christians around the world.

The play, Passion of the Christ, which features events in the life of Jesus, has been staged for the past 34 years in Philippine capital Manila.

The theatrical production uses puppets with indigenous faces, far from the usual fair skin and Caucasian features of religious images.

"The Filipino features of the puppets allow children to relate to the story of Christianity, which are usually only seen in foreign films or plays," said Amihan Bonifacio-Ramolete, the show's director.

Ramolete, who is dean of the College of Arts and Letters at the University of the Philippines, said it has been part of her family "tradition and devotion" to introduce Holy Week to children.

"We made the play children-friendly by limiting the violence and placing emphasis on the real meaning of Jesus' sacrifice," she said.

Amelia Lapena-Bonifacio, Ramolete's mother, wrote the original script of the play in 1985.

"Writing the Passion of the Christ for children is complicated, but we believe that telling the story to our kids is essential," she said.

Rommel Ignacio, a 30-year-old web developer who first saw the play when he was seven years old, took his five-year-old son to see the play on Palm Sunday.

"My son started to ask me things about Holy Week, so I brought him here and let him see what it is all about," he said.

Most Filipinos in the past were introduced to the story of Jesus through the reading of the "Passion of Christ," an uninterrupted recitation of the narrative of the life of the Lord during Holy Week. 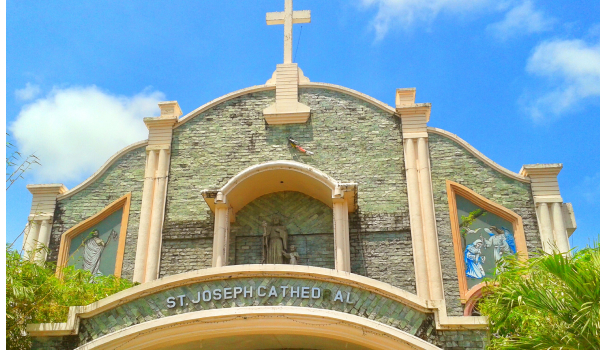