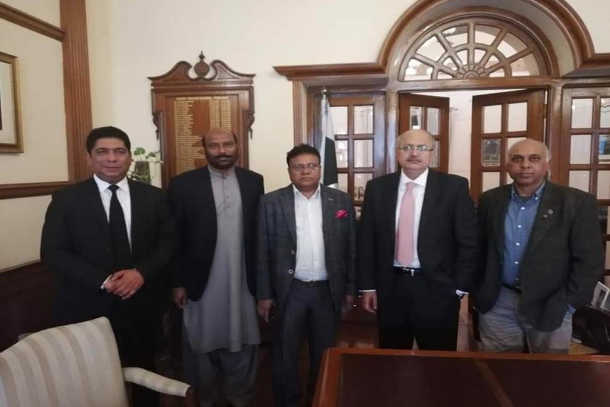 Punjab’s government has for the first time set a quota for students belonging to religious minorities in higher education institutes in a measure long sought by Pakistani activists.

The provincial cabinet on April 30 approved a 2 percent quota for non-Muslims in universities under its Punjab Minorities Empowerment Package. Christians are the largest non-Muslim minority in Punjab and make up 2.6 percent of the province’s population of 110 million, according to the 2017 national census.

“Our youth belonging to minorities have been facing issues in getting high-end jobs under the 5 percent quota because of a lack of highly educated candidates. This will help them in getting better education and securing a better future for their families,” he tweeted.

“Every segment of our society has served Pakistan well and it is our responsibility to ensure their welfare and, inshallah, we won't fail our minorities.”

“We thank Prime Minister Imran Khan for the hugely welcome news. The previous government ignored long-held demands of minorities. We demand other provincial governments to reserve quota for minority students,” she said.

Last year a Christian member of the National Assembly, Jamshed Thomas, introduced a bill to provide a quota in admissions at higher education level to students belonging to minority communities in public and private institutions.

In 2009, the national government reserved a 5 percent job quota for minorities. However, human rights organizations claimed that most people from religious minorities were doing menial jobs.

“Most of them were hired as sanitary workers. The new quota includes seats for medical, engineering and other professional institutions. This is hugely welcome news,” Catholic professor Anjum James Paul, chairman of the Pakistan Minorities Teachers’ Association, told UCA News.

The National Lobbying Delegation (NLD) for Minority Rights has been campaigning for an education quota and other benefits for minorities since 2015.

Khalid Shehzad, a Lahore-based member, recounted challenges in convincing chief secretaries and university vice-chancellors of the need for a quota.

“Bureaucracy follows a mindset and the status quo. Research on minorities is scarce. We had to wait in corridors for hours. They used to argue that an education quota for minorities is not in the constitution,” said Shehzad.

Professor Sabir Michael, an NLD member in Karachi in Sindh province, termed it a milestone achievement.

“Most of the government seats reserved for minorities are being simply carried forward because there is no supply. Sindh should be next to introduce a similar quota as the province has the highest number of Hindus,” he said.

“Now we demand turning the executive order of Punjab’s chief minister into a law. Orders can be reversed.”