Share this article :
Church officials in Myanmar will not resume public Masses and other liturgical ceremonies until June 30 in compliance with the government’s measures to control the spread of Covid-19. Churches have closed and services were moved online for daily and Sunday Masses as well as daily Bible reflections in mid-March. On June 12, the Central Committee for Prevention, Control and Treatment of Covid-19 further extended temporary measures to stem the spread of the coronavirus to June 30 from June 15. The extension covers all mass gatherings and religious activities at places such as temples, pagodas, churches and mosques. Bishop Alexander Pyone Cho of Pyay, who heads the Episcopal Commission for Healthcare, said the resumption of church services depends on the government’s orders.
Related News 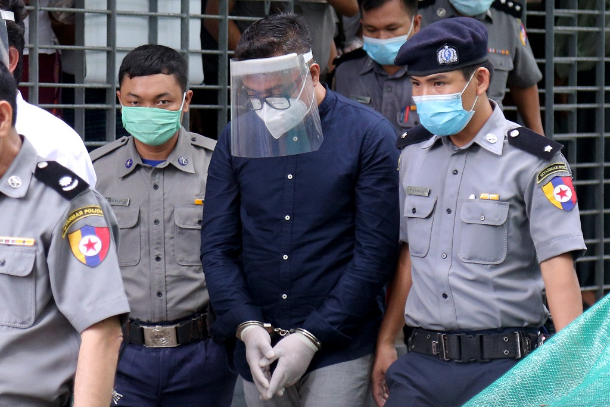 “When the government eases preventive measures and allows religious gatherings, we will resume our church services,” Bishop Pyone Cho told UCA News. Flight restrictions to and from Yangon International Airport have also been extended to June 30. Regional governments have eased some measures such as reopening factories, workshops and dine-in restaurants following social distancing guidelines. The Education Ministry is planning to reopen schools on June 21, beginning with high schools and followed by middle and primary schools two weeks later. The government plans to provide teachers and students with two cloth face masks and one face shield when schools reopen and to reduce the number of students per class as precautionary measures. State Counselor Aung San Suu Kyi said during a video conference last month that schools must reopen as soon as possible but must be prepared for the necessary changes to comply with social distancing and Covid-19 regulations. She does not support online teaching, saying there were problems with internet-based schooling even in the most advanced countries. “Education is not just about passing examinations but needs social dealing and teamwork,” she said. In communion with Christ Cardinal Charles Bo of Yangon said Covid-19 had shattered communion. Livestreaming of services took away the live presence. “But those of us who reached out to suffering people, prayed for them, felt their pain and cried in our situation of being shattered, were really in communion with Christ,” he said during a homily on June 14. He said priests and religious and the health professionals who sacrificed their lives are the glowing witness of Corpus Christi. The cardinal has called on all Catholics to pray for the day when they can come together as a community to break the body and blood of Christ as God’s children. “Let this Corpus Christi feast touch our bodies and wash with his blood and free us all the virus, poverty and hatred. Let these days of prayers and sacrifices make this world free from this pandemic, release the world from all hatred, bless the world with peace and prosperity,” Cardinal Bo said. Myanmar has reported 262 confirmed cases of Covid-19, including six deaths and 167 recoveries. According to the latest data, more than 433,000 people have died out of more than 7.9 million confirmed cases worldwide.