Death of Reverend Yeremia Zanambani in Papua comes on heels of deadly clash between soldiers, insurgents 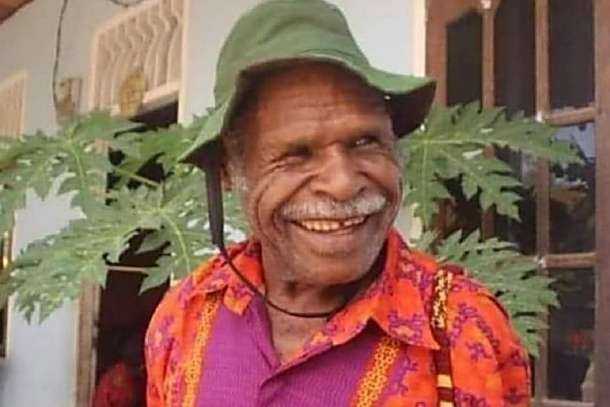 A Protestant pastor has been shot dead in Indonesia’s restive Papua region, sparking a war of words between separatists and the military over who was responsible.

Reverend Yeremia Zanambani, 67, of the Gospel Tabernacle Church of Indonesia (GKII), was found dead outside his residence in the village of in Hitadipa in Intan Jaya district on Sept. 19.

The death of the pastor, who was a leader of the Moni indigenous group and ran a local high school, was confirmed by GKII church officials in Jakarta and came shortly after two soldiers were reportedly killed in a clash with insurgents in the area

“Reverend Zanambani was shot dead on Saturday afternoon on his way to his pigpen. This is a deep sadness. We are deeply saddened by the loss of a religious leader who served the Moni community so well,” GKII said in a statement on Sept. 20.

The local military commander also confirmed Reverend Zanambani’s death, adding he had been killed by a separatist group.

“The ferocity of these Papuan terrorists continues in Hitadipa. Reverend Yeremia Zanambani was a victim of the group,” said Col. Gusti Nyoman Suriastawa, head of Regional Command III.

According to Col. Suriastawa, the shooting was to attract world attention to the separatist cause ahead of the UN General Assembly from Sept 22-29. “They hope it will be discussed at the assembly,” he said.

However, Father John Djonga, an activist priest from Jayapura Diocese in Papua, said the pastor’s death came amid heightened tensions following an outbreak of violence in the area and suggested the military could be to blame.

“It happened during a military operation, two days after two soldiers were killed by separatists,” he told UCA News.

“The Indonesian military should not make such ridiculous and groundless claims. The military, police and government should take responsibility for this murder,” he said.

“The violence started with the sending of troops to villages in Papua,” Haluk told UCA News.

He said heavy-handed tactics employed by the military in dealing with a low-level insurgency against Indonesian rule has seen many human rights abuses in the past.