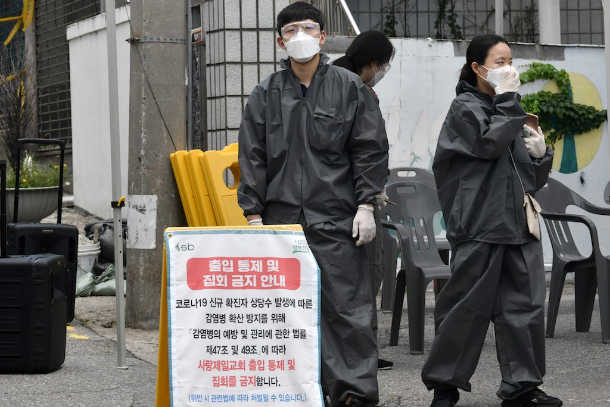 The outbreak at the Sarang Jeil Church has driven an alarming surge of infections in the metropolitan area, AP reported on Aug. 18.

Kwon Jun-wook, director of the country’s National Health Institute, said infections at the Protestant church and elsewhere have pushed South Korea into its biggest crisis since the emergence of the coronavirus pandemic.

He said a failure to reduce transmissions in the Seoul metropolitan area, home to nearly 26 million people, could create a situation similar to the “miserable scenes of the United States or European countries.”

Fears are growing that the virus’s spread could worsen after thousands of protesters, including members of the church and its pastor, Jun Kwang-hun, marched in central Seoul on Aug. 15.

Jun, who was not wearing a mask and shared a microphone with several anti-government activists on a stage, tested positive for Covid-19 on Aug. 17 and is receiving treatment at a Seoul hospital.

The 63-year-old has for years been an outspoken government critic who has led many anti-government rallies in Seoul. He broke self-isolation rules by participating in the weekend rally.

President Moon criticized church members who followed Jun in the rally, saying they had taken part in an "unforgivable act that threatens the lives of the people."

According to the Korean Herald, Jun was heard telling his followers at a rally earlier this year that it was "patriotic to die from illness," adding that "those who suffer from illness will be healed if they attend the rally."

Jun was charged with defamation this year after he called President Moon a spy for North Korea, Yonhap reported.

Health officials have tested 2,500 of the Sarang Jeil Church’s 4,000 members, but they are concerned that many of them are refusing to come forward for testing. Police are looking for about 800 church members who have been out of contact.

Another church, the Shincheonji Church of Jesus, was identified earlier this year as South Korea's biggest virus cluster when it was found to be linked to more than 5,200 cases.