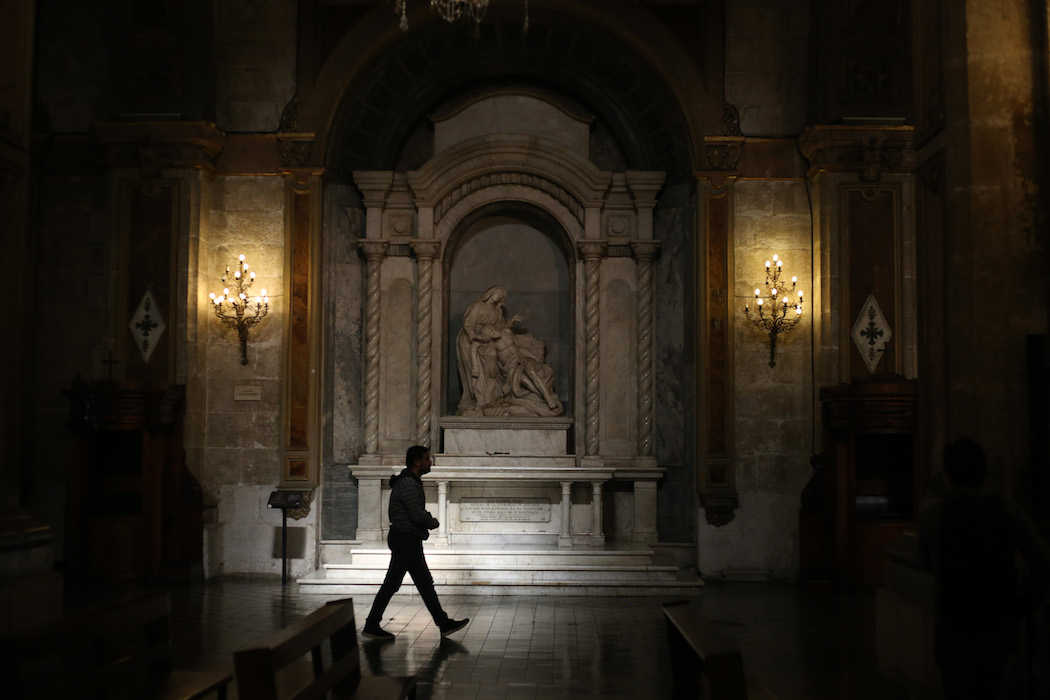 A man walks past an altar at the Metropolitan Cathedral in Santiago, on May 18,. After three days of meetings with Pope Francis at the Vatican, 34 Chilean bishops announced their resignation on that day over a child sex abuse scandal within the Church in Chile that has come to haunt the reign of the Holy Father. (Photo by Claudio Reyes/AFP)

The issue of sexual abuse of minors committed by clergy is constantly returning to the forefront of media attention.

Recently, through various news outlets and publications worldwide, this focus has been particularly sustained for the Karadima case in Chile. It's hard to say why that has resonated with people around the world more than other cases have.

The offer of resignation by all Chilean bishops is a sign of huge importance, which is in line with a development that we have seen over the last years. There is no one turning point — the ship of the church is slowly moving in another direction. It is a huge effort, and change is on the way.

For Pope Francis, calling a whole bishops' conference to Rome has been new. John Paul II and Benedict XVI summoned cardinals and bishops to discuss clerical sexual abuse, but this is new for Francis. He takes the problem seriously. The message is "let us look at the system; let us look at the whole ship." The message communicated by his own behavior is "admit when you have failed and be honest." Despite everything that has happened in recent months, he gets it, he expresses sorrow, he asks for forgiveness. This is the point: he has a heart. People have the impression that other high-ranking prelates do not have a heart.

There is no doubt that the protection of children and youth against sexual violence remains a central problem in the Catholic Church and in society. Catholics who closely identify with the church and its mission remain deeply disturbed by this.

In the coming months and years, more news of this sort will continue to spread — and there will be many such cases, especially if we consider the situation throughout the world. There will be more terrible testimonies of the deliberate or tolerated failures of fundamental pastoral care, both human and Christian. But these will also serve as reminders that demand resolute vigilance.

In large parts of Africa and Asia, and to some degree Latin America, and parts of Eastern Europe, the sexual abuse of children is still not perceived as an urgent and recurrent problem. This is surprising, because all the statistics clearly show that the sexual abuse of minors is not a rare phenomenon.

The figures are, in fact, quite high: 10-15 percent of boys and 15-20 percent of girls under the age of 18 are exposed to violence or sexual assault.

The most common environment, though also most hidden, is the occurrence of abuse within the family; it raises many urgent questions about how we can help families to live well together, and to foster healthy relationships.

In most southern countries, those who hold positions of responsibility must take the lead in recognizing the problem. In some areas, the idea persists that the sexual abuse of children by clergy is a problem only of the decadent liberal countries of the West.

Let us take a concrete example: the question of prevention and the protection of children from the perspective of the bishops of the Philippines and of religious superiors in Rwanda.

Listening to them, one learns that these bishops and provincial superiors place the discourse on sexual abuse of children and young people in a different and broader context than is done in richer countries. In poor countries, children and youth suffer brutal treatment of many kinds: those related to war, polluted water, hunger, lack of security, and exploitation of their labor beyond exhaustion.

In a world of such violence, suffering sexual assault is a crime not much different than others. Rather, sexual abuse is considered a part of a broader suffering of children and youth.

If, therefore, these countries have to establish bodies, both ecclesial and secular, to fight against sexual violence, it must be done in a broader context, aimed at guaranteeing all the rights of childhood. Otherwise you run the risk that the insistence on fighting against sexual abuse be dismissed as Western ideology, which disregards the real-life experience of these countries, often inhumane, and arises from the typically Western neurosis around sexuality.

Despite this, it is possible to say that consciousness of the issue has been raised publicly in the church, in the center and in the peripheries (to take an expression used by the pope).

Church leaders very often feel like they have been left alone to deal with problems that their predecessors have passed on to them, and sometimes they don't get the competent advice they would need to tackle all these issues in their respective cultural contexts and in legal systems which are immensely diverse worldwide.

In Fiji, as in Malawi, in Mexico as in Poland, we now speak openly about abuse in the church (and at the same time in their respective societies) and its prevention. Many places are now working seriously to deal with cases of abuse, and to realize, or at least to tend toward, prevention. And this prevention is effective, as statistics show. In the United States, where they have taken more severe measures towards prevention than elsewhere, there have been few complaints of abuse committed in recent years.

In Germany and Austria, the Catholic Church has issued detailed guidelines for prevention in every diocese, in religious orders, schools, social service centers for the youth, and has put in place corresponding standards for formation and training.

The church here is setting the standard, and this is recognized also by secular institutions. But it would be dangerous to believe that the task is now completed and that therefore "from now on, everything is just fine." The issue cannot be allowed to fade into the background.

First of all, we must continue to deal with cases of abuse in the church, in society and in families; it would be an illusion to believe that we can completely eradicate the evil that is done to children only with preventative measures. Second, ongoing commitment to this is a natural consequence of the way Jesus behaved with children. This alone should urge those who have responsibility at all levels to do everything possible to protect children.

Without a doubt, over the past five years sensitivity among church authorities to this issue has increased, as has the willingness to act.

But there is not yet everywhere a standing commitment to prioritize the protection of children and young people from sexual abuse, and to manifest this commitment with concrete and effective measures. And this is due to various reasons, one of which may be socio-cultural. The ability to collaborate on the issue of prevention with state institutions or NGOs depends on the position that the church occupies in each country.

In a predominantly Muslim, Hindu or Buddhist country, there may or may not be cooperation depending on the degree of tolerance and good will extended by the competent authorities.

A case study: In a particular country where Christians make up a small minority and are persecuted by extremists of all kinds, the religious sister who directed an orphanage discovered that a teacher had sexually abused some girls. On the basis of her own conscience, bearing in mind the laws of her own country, and considering the obligations toward European sponsors, she wanted and needed to denounce this abuse.

However, she did not know how the police would react: the teacher was the mayor's son and both belonged to the dominant religion. The nun thought the police might not react at all, or that any prosecution would have eventually led to the closing down of the orphanage or that the negative publicity would trigger the persecution of Christians under the pretext: "How could the Christians permit this in their institutions?"

The fight against sexual abuse will endure for a long time, and we have to say goodbye to the illusion that the mere introduction of rules or guidelines is a complete solution. It involves a radical conversion, of adopting the attitude that the commitment to prevention and the decision to bring justice to the victims of abuse will not be set aside when the public attention to the crisis fades.

From my point of view, this whole question will lead inevitably to purification, and to a more authentic, renewed way of being church and living the Gospel, one way or another — either because we decide to on our own or because we will be obliged to.

Father Hans Zollner SJ is a professor at the Jesuits' Gregorian University in Rome where he is academic vice-rector, dean of the Institute of Psychology and president of the Centre for Child Protection. He is now in his second term as a member of the Vatican's Council for Child Protection.

This is an excerpt from an article that appeared in La Civilta Cattolica. For the full version click here. 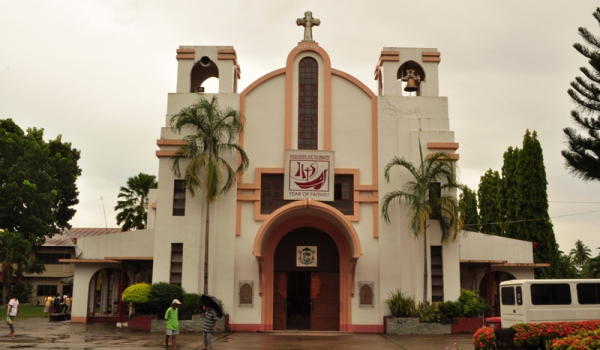