Propaganda in the name of Confucius

China is using educational institutes in 154 countries to spread its influence and threaten academic freedom
Published: April 26, 2019 03:36 AM GMT ▾ Chinese language teachers talk to a Nigerian student at the Confucius Institute at the University of Lagos on April 6, 2016. Such institutes are now present in at least 548 universities and 1,193 schools in 154 countries. (Photo by Pius Utomi Ekpei/AFP)

China is waging a global propaganda war in an attempt to silence overseas critics at a time when it has unleashed the most repressive crackdown on internal dissent since the Tiananmen Square massacre 30 years ago.

Its soldiers include Chinese state media reporters, diplomats and students studying overseas, recruited to do the bidding of the Chinese Communist Party (CCP). The most recent example has been the decision by the London School of Economics to adjust the depiction of Taiwan on a sculpture after pressure from Chinese students.

Its weapons include political infiltration and influence, a global media outfit, threats and aggression towards activists abroad, an attempt to hijack and derail the human rights agenda at the United Nations, and — as some are slowly realizing — deploying hundreds of innocuous-sounding language and culture institutions embedded in universities and schools.

China’s Confucius Institutes, which on the surface appear to be simply an equivalent of the British Council, American Center, Alliance Francaise or Germany’s Goethe Institutes, are now present in at least 548 universities and 1,193 schools in 154 countries. With a US$314 million budget, 46,200 teachers and 1.7 million students, China aims to have 1,000 Confucius Institutes by 2020 in what it calls a “Confucius revolution.”

South Korea opened the world’s first Confucius Institute in 2004, and it now has 23, the most in Asia. Thailand, second in the region, has 16 Confucius Institutes, while Japan has 15. Indonesia has seven and India, Pakistan, the Philippines and Malaysia have four, but Confucius Institutes also exist in Singapore, Afghanistan, Sri Lanka, Nepal, Mongolia, Hong Kong, Cambodia, Laos and Vietnam.

Britain has at least 29, the second-largest number in the world after the United States, in major universities such as Edinburgh, Liverpool, Manchester, Newcastle, Nottingham, Cardiff and University College London, along with 148 Confucius “classrooms” in schools around the country.

Confucius Institutes purport to teach Chinese language and culture, which is surely welcome. As China takes its place as a world superpower, we need to understand its history and culture, and we need more people to speak the language. But scratch the surface and you find that it is not all they do. They also represent a potential threat to academic freedom and freedom of expression in educational institutions and democracies.

Confucius Institutes are directly controlled, funded and staffed by the Hanban, which is currently chaired by Sun Chunlan, a Politburo member who previously headed the United Front Work Department, the party’s principal propaganda outfit.

China’s propaganda minister Liu Yunshan said in 2010 that “overseas propaganda should be comprehensive, multi-level and wide-ranging … We should do well in establishing and operating overseas cultural centers and Confucius Institutes.” Even President Hu Jintao, Xi Jinping’s predecessor, endorsed the institutes as a way “to cultivate and prepare a group (or army) of people to make sure the CCP will be in power in the future … and increase our CCP influence around the world.”

Earlier this year Britain’s Conservative Party Human Rights Commission published a report based on an inquiry into Confucius Institutes. It draws on evidence from experts, and from the documentary film In the Name of Confucius, and its conclusion is that Confucius Institutes threaten academic freedom and freedom of expression, and represent — as the CCP itself says — an endeavor by the Chinese regime to spread its propaganda and suppress its critics beyond its borders.

This conclusion is consistent with that reached by the U.S. Congress, the U.S. Central Intelligence Agency (CIA) and intelligence agencies in Canada and Belgium. In 2018, the CIA cautioned against Chinese funding to universities in exchange for academic censorship, and the director of the Federal Bureau of Investigation (FBI) told the Senate Intelligence Committee that Confucius Institutes are under investigation.

Congress has introduced legislation strengthening requirements for transparency of foreign funding for universities, requiring Confucius Institutes to register with the Department of Justice as agents of the Chinese government. And Canada’s former Asia-Pacific intelligence chief Michael Juneau-Katsuya claims that Confucius Institutes are linked to China’s intelligence services and “represent a clear and undeniable menace to our society.”

Confucius Institutes have one common theme: the total suppression of discussion of three topics beginning with ‘T’ — Tiananmen, Tibet and Taiwan. Rachelle Peterson, policy director of the U.S.-based National Association of Scholars, says that Confucius Institutes represent a “subversive political agenda overseen by the Chinese government,” while Nottingham Trent University lecturer Tao Zhang says that they “are strategically located in various foreign universities, allowing the Chinese authorities to gain a foothold for the exercise of control over the study of China.” They are, she adds, “an extension of the Chinese education system, directly controlled by the state and having the same ideological and propaganda roles as schools and universities in China.”

Examples abound of universities withdrawing invitations to controversial speakers under pressure from China, or removing certain publications. In 2014, at a European Association for Chinese Studies conference in Portugal, Hanban director-general Xu Lin confiscated all the printed programs and ordered pages advertising a Taiwanese co-sponsor to be removed. Similarly, a book published by a Confucius Institute completely censored an entire section about Chinese dissident Wu Lihong’s environmental activism in a chapter by China expert Isabel Hilton. Invitations to the Dalai Lama have been withdrawn or moved off campus.

Perhaps most chilling is the alleged discrimination in hiring practices in Confucius Institutes. According to the National Association of Scholars, Hanban eligibility criteria for Confucius Institute teachers has included that they should “have no record of participation in Falun Gong.”

Sonia Zhao, a Chinese teacher who practiced Falun Gong, a Buddha-school spiritual movement, was employed by Hanban and sent to the Confucius Institute at McMaster University in Canada. Prior to going to Canada, she was given a three-month training course in Beijing. “We were told to tell the students that there is only one China, Taiwan is part of China, … Tibet is part of China … We were told not to talk about issues like Taiwan and Tibet,” she says. “We also had to sign a contract. In the contract it says that ‘we can’t be Falun Gong practitioners’ … This contract takes effect in all Confucius Institutes in all countries. This contract shows discrimination against teachers’ personal beliefs and this is how they violated freedom of belief worldwide.”

In 2011, Sonia Zhao alerted McMaster University to these concerns. She was afraid that, if she admitted to being a Falun Gong practitioner, she would be punished. As a result of her complaint, McMaster University terminated its relationship with the Hanban and closed its Confucius Institute. Since then, others have followed suit. At least 30 universities and one school board have or will cut ties with Confucius Institutes.

Confucius Institutes are by no means China’s only soft power tool. But when combined with the Chinese Students and Scholars Associations, they represent a powerful menace to academic freedom. They also serve to keep an eye on Chinese students studying abroad, who might otherwise find freedom of thought and expression appealing.

As Prof. Christopher Hughes of the London School of Economics says in a paper on the subject, when the LSE opened a Confucius Institute in 2006, “Chinese students … revealed that they were disappointed to arrive at a foreign university only to discover that their own government had established an organization on campus that made it feel as though they were still under the kind of surveillance that they had to live with in China.” One student told Prof. Hughes that the Confucius Institute felt like closed-circuit television and “has the potential to scare away my critical thinking.”

So what should be done? Clearly, we cannot disengage with China. But as the UK’s House of Commons foreign affairs committee report published last week argues, we need to recalibrate our relationship and put national security first. As part of that recalibration, we should be re-examining not only the balance of trade versus human rights, and the security concerns around Huawei, and the questions of political influence detailed in a recent Royal United Services Institute report and in Clive Hamilton’s excellent book in the Australian context, Silent Invasion, but also the question of Confucius Institutes.

“I know the pressure and fear,” says Sonia Zhao. “No one deserves that. I hope Confucius Institutes can be closed so that teachers can teach Chinese language freely and students can learn about the real China and Chinese culture, not the Chinese communists’ culture.”

If we are unwilling to go as far as to close Confucius Institutes just yet, we should at least consider measures similar to the U.S. legislation — conduct a thorough review, suspend any new deals with Confucius Institutes until a review is complete, and ensure measures are in place to guarantee academic freedom and freedom of expression, non-discrimination and complete transparency of funding sources.

We would do well to remember the words of retired British diplomat Roger Garside, who says that “academic freedom is inherently compromised by permitting a state agency controlled by the Communist Party of China to establish a teaching operation in any school or university.” Or, as Rachelle Peterson says, “there is a threat not only to the integrity of our institutions today but more importantly to the future of higher education and the future of all free countries.” That, surely, is reason to act. 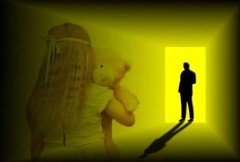 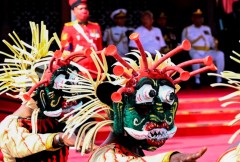