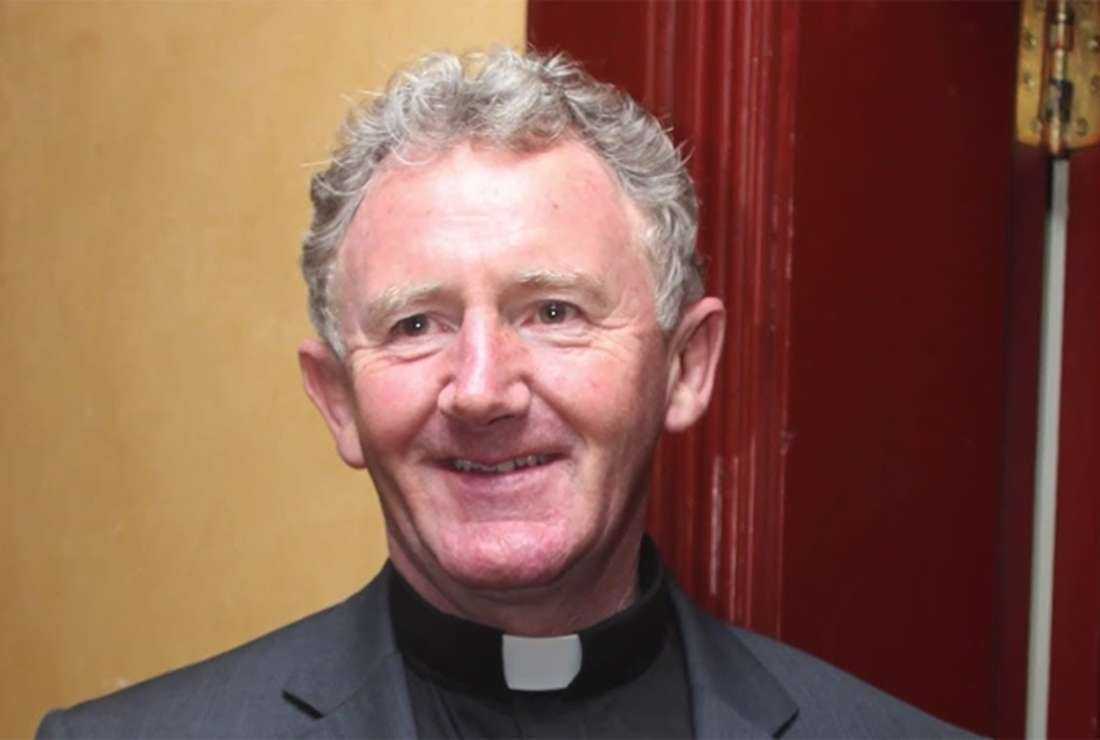 Father Patrick Devine, SMA, has been a missionary in Africa for more than three decades. (Photo supplied)

Patrick Devine was born and brought up in Frenchpark in Ireland, but he has spent most of his adult life as a missionary in Africa.

Shortly after his priestly ordination in the Society of African Missions (SMA), Father Devine was sent to Tanzania, in eastern Africa. He followed in the footsteps of numerous Irish missionary priests, nuns and brothers who spent their lives serving on the continent. However, he could hardly have imagined how his ministry would evolve.

In his more than three decades as a missionary in Africa, Father Devine, now 61, has made significant contributions to transforming the lives of thousands of people.

He was the founder-director of the Pacis Insurance Company set up to provide insurance services to Church bodies.

Understanding the needs of his mission area, he conducted studies and obtained a Master’s in Peace Studies and International Relations and a Doctorate of Philosophy in Political Science and Public Administration.

Father Devine set up the Shalom Center for Conflict Resolution and Reconciliation in 2009 as an independent, inter-religious, and inter-ethnic organization pioneering conflict resolution and development work in strife-ridden marginalized areas of Eastern Africa.

The Shalom center aims to build a society free of physical violence and unjust social structures. Located in Nairobi, Kenya, it has support groups in the US, UK, and the Republic of Ireland.

Shalom conducts research on the causes of inter-ethnic conflicts, trains local peace-builders, and organizes workshops to facilitate resolution and reconciliation processes between factions. It also supports schools as centers of learning in peace-building.

Father Devine’s efforts were recognized when he was awarded the 2013 International Caring Award in the US. In 2014, eight countries in Eastern Africa presented him with the prestigious Intergovernmental Authority on Development (IGAD) Award for his visionary contribution to peace and development in the region.

In 2019, Shalom was granted associate status with the UN Department of Global Communications. Civil society organizations associated with the department gain access to the UN Headquarters in New York to attend meetings, events and informational sessions and network with other organizations and UN entities.

Shalom also addressed issues of women’s rights to dignity, safety and security as a key part of its work. Now, the vision of Father Devine and his team has extended to set up the Shalom Empowerment Center in Nairobi where five informal urban settlements or slum areas are close to each other.

This new center will give special attention to all forms of violence; inter-ethnic, inter-religious, domestic violence, and sexual violence, among others. In doing so the center will provide training on conflict transformation skills, peace-building techniques, post-traumatic stress disorder healing approaches, and other relevant interventions to women and children suffering from violence.

Father Devine and his team have been joined by nuns from the Dimesse Sisters and the Daughters of St. Anne who are qualified in nursing, counseling, social work and administration. A highly professional team has been assembled to meet the identified challenges and tasks ahead.

The priest’s new efforts for the empowerment of women and girls in Africa bodes well with inclusive approaches for conflict resolution and development put forth by global bodies.

"Women’s meaningful participation in all aspects of peace and security is critical to effectiveness, including in peace processes"

For example, "Pathways for Peace: Inclusive Approaches to Preventing Violent Conflict" was a joint study by the UN and the World Bank that emphasizes a refocus of the international community on the need to prevent conflict. The human and economic cost of conflicts around the world requires all concerned to work more collaboratively.

The Sustainable Development Goals (SDGs) are at the core of this approach. These goals note that development actors need to provide more support to national and regional prevention agendas through targeted, flexible, and sustained engagement. Prevention agendas, in turn, should be integrated into development policies and efforts, because prevention is cost-effective, saves lives, and safeguards development gains, as the SDG goals suggest.

Father Devine has long advocated that inclusive decision-making is fundamental to sustaining peace at all levels, as are long-term policies to address economic, social, and political aspirations. Fostering the participation of young people as well as of the organizations, movements, and networks that represent them is crucial.

Women’s participation in all aspects of peace and security is critical to effectiveness, including in peace processes, where it has been shown to have a direct impact on the sustainability of agreements reached.

Shalom’s approach to peace-building aligns with the UN’s 2016 Sustainable Peace Initiative which places preventive action and post-conflict peace-building on a par with peace-making and peace-keeping.

Father Devine says: “We will be forever rebuilding and rehabilitating development institutions, and be ethically obliged to provide humanitarian interventions and humanitarian aid insertions if we do not address the root causes of conflict. Comprehensive knowledge of the peace-development nexus (security may be added into the equation) at an academic and practitioner level is imperative in policy making and implementation.  This knowledge is essential for a more equal, peaceful and sustainable world to emerge.”

The contributions of Father Devine add to the legacy of Irish missioners, who worked among the marginalized communities.

Matt Moran is a writer on religious, social and international development issues and is based in Ireland. He is the author of “The Legacy of Irish Missionaries Lives On” and “The Theology of Integral Human Development”. His forthcoming book is “The Cultural Colonisation of Africa by the West”.