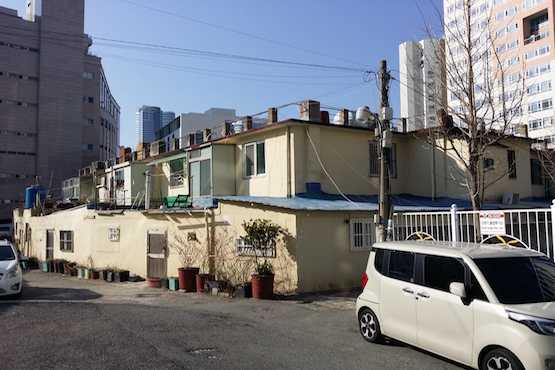 The location of the Catholic charity apartment in Haeundae, Busan that has been sold to help finance the welfare support of undocumented migrants' children in South Korea. (Photo by The Catholic Times of Korea)

The Social Pastoral Department of Pusan Diocese in Korea has announced the allocation of 150 million won (approx. US$130,000) to support undocumented migrants’ children.

The department will use the money to pay the living expenses, daily necessities and medical expenses for selected families caring for undocumented children in the areas of Busan, Ulsan and Gimhae.

Children of migrants, even if born in South Korea, can not obtain citizenship unless one of their parents is Korean. Currently, of some 200,000 children of migrants, approximately 20 percent are undocumented and not eligible for basic rights such as education.

The budget became available after the Pusan diocese sold the land of the charity's apartment. The social department decided to donate the money totaling 2.4 billion won to the poor to re-enact the spirit of love and sharing that defined the social welfare projects of the 1960s.

The Catholic charity apartment was originally built using money donated by the Austrian Catholic Women's Association. Aside from the apartment block, the diocese built a total of 198 charity houses for poor people. The diocese owned the land and the residents owned the houses.