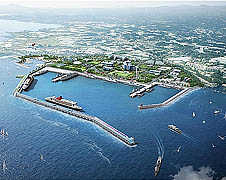 A group of Catholic priests has asked the South Korean government and navy to halt construction of a planned base on Jeju Island. The Catholic Priests’ Association for Justice released a statement calling for an end to the project following their three-day annual plenary assembly held on the island which concluded today. “For the past four years, people on Jeju Island have appealed for peace. Their call moved us to reflect on the way to peace and we support them,” the statement said. The government and the navy are constructing the new naval base to house a mobile fleet of battleships and destroyers. The project is due for completion in 2014. “Peace and the force are not compatible with each other. The government should stop construction and listen to the voice of the Jeju people,” the priests’ statement said. The statement highlighted the examples of Okinawa, Guam and Saipan as beautiful islands with military bases whose native culture declined after the establishment of U.S. military bases. “The government argues the base on the island is necessary for national security. However, it is contradictory to speak of peace while constructing a military base,” the priests noted. True peace comes not from military power but from dialogue and persuasion that roots out strained relations, they concluded. Related report Korean police release naval base protesters KO12822.1636 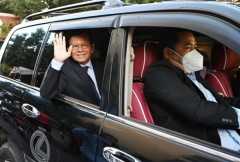