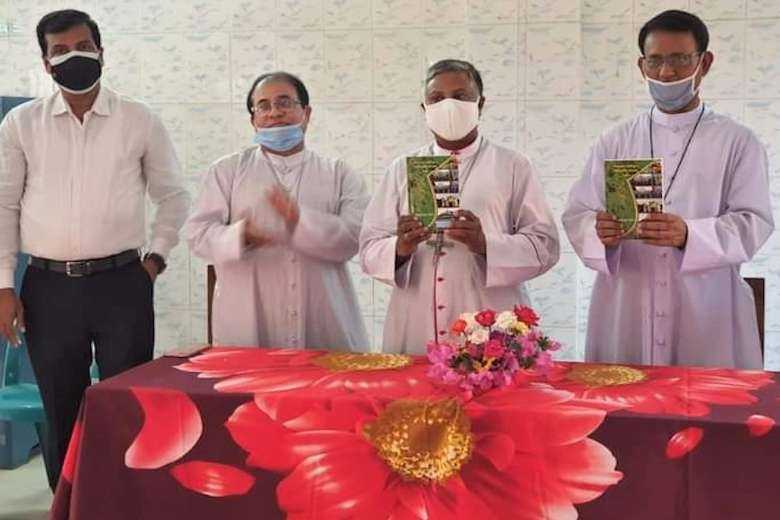 A senior Catholic priest has authored and published a book that documents the history of Christianity in Bangladesh spanning over five centuries with an aim to inspire young Catholics to better understand the advent and growth of Catholicism amid various challenges.

Father Rozario, 61, is a diocesan priest and pastor of St. Joseph’s Church in the Savar area covered by Dhaka Archdiocese. The priest, who is a Supreme Court lawyer, also teaches civil and criminal law to students at Holy Spirit National Major Seminary in capital Dhaka.

His latest book covers the history of the Church starting from the arrival of European missionaries in the region in the aftermath of Portuguese explorer Vasco da Gama landing in India in 1498.

It examines the history of the Church in the then Indian region of Bengal, which is now split between Bangladesh and the Indian state of West Bengal. The book records the history of Bangladesh’s eight Catholic dioceses and all parishes.

Father Rozario said the book is the fruit of more than three years of research.

“Here I touched the complete history of the Church from India to Bangladesh. I have tried my best to let our people know about 500 years of Christianity in this country,” he told UCA News.

The priest said he documented the history of the first church, set up by Jesuits in 1600, in present Khulna Diocese that no longer exists today.

“I want our next generation to know how Christianity came to this land and where we stand now. It will also become a helpful resource for the Christian community,” Father Rozario said.

Nirmol Rozario, president of Bangladesh Christian Association, believes the book will remind Christians about their heritage and encourage the young generation in their intellectual pursuits.

“For any community, it is very important to know history so that it can move forward to do better things with encouragement from the past. I believe this book will become a valuable resource point for the Christian community, especially the young generation, to feel proud of their history and accomplish great things through intellectual pursuits,” he told UCA News.

Christians took to social media to congratulate Father Rozario on publishing the book. “I will surely collect and read this book,” said Jarmen Torun Gomes.

Christianity in Bangladesh dates back to the early 16th century.

In 1517, Portuguese Catholic merchants arrived at the port of Chittagong in southeastern Bangladesh. The first group left after conducting business, but a second group that arrived in 1518 decided to stay in Chittagong and nearby Diang, setting up the first Christian settlements in East Bengal (now Bangladesh)

Portuguese Jesuit priests Father Francesco Fernandez and Father Dominic D’Souza arrived in Chittagong in 1598 as the first Catholic missionaries, and soon other missionaries including Dominicans and Augustinians followed them.

In 1602, Father Fernandez became the first martyr of Bengal following his incarceration, torture, blinding and murder at the hands of soldiers of the Arakan Kingdom (now Rakhine state of Myanmar).

Christians, mostly Catholics, account for less than half a percent of more than 160 million people in the Muslim-majority nation. About 400,000 Catholics are spread across its eight dioceses.