Priest turns food hobby into lifeline for the poor 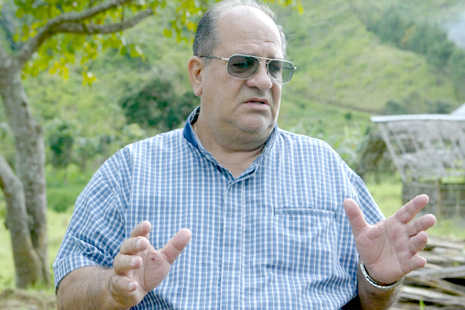 What started as a hobby for Italian priest Franco Uras has become a money-making venture to help tribal children in the mountain village of Buda in Davao City. The Salesian priest and his German doctor friend, Wolfgang Csato, are hosting benefit dinners to raise money for children in the village. The duo prepare Italian and German dishes that they sell for US$8 during benefit dinners in nearby towns. Those who cannot attend the dinners don’t have to miss out. They can buy the priest's gourmet products – vegetarian pasta sauce, vegetarian tuna sauce, pesto in olive oil, herbs, mushrooms, and tomato sauce – at a café in the village or at the People’s Park in the city. Fr Uras said he also accepts donations such as toothbrushes, toothpaste, soap, and clothes for children in need. The priest said he will later gather the children in the village to assess and provide for their needs. The Salesian missionaries have set up the Bosco Center for Hope for Integral Development in the village to prepare children for mainstream education when classes open in June. Fr Uras said the children can live in the center, but he needs at least half a million pesos to sustain their needs. The gourmet café is just a start, the priest said. "I have some herbs that others do not have and I also have my own formula, and that is my secret," he said. He said preparing gourmet food used to be only a hobby. "But now I need money for the less fortunate," he added. Csato, meanwhile, said he also loves cooking. "I’m helping [Uras] help the children," said the doctor, who is also president of the European Association for Pain Treatment.