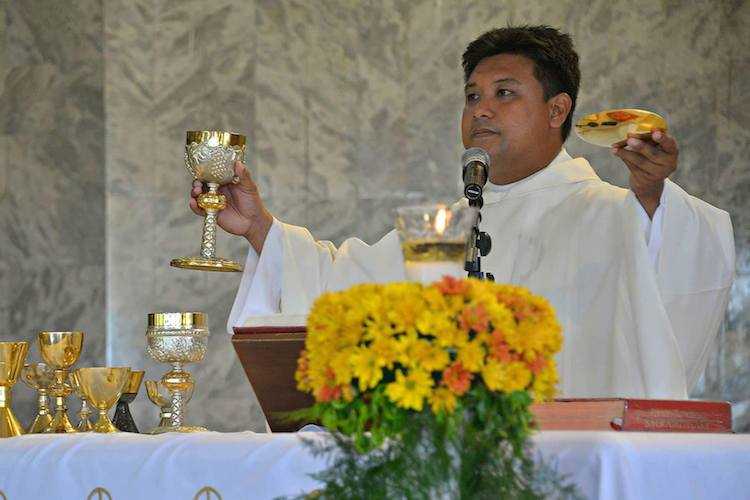 A Catholic priest was shot and killed after saying Mass in the northern Philippine town of Gattaran in Cagayan province on April 29.

The priest was blessing children who attended the Mass while talking to members of the choir when a man in motorcycle helmet approached him.

Father Ventura sustained gunshot wounds to the head and chest and died at the scene, according to the police.

The assailant walked out of the gymnasium, where the Mass was held, and fled on a motorcycle with an accomplice.

Minutes after the shooting, pictures uploaded on social media showed the lifeless body of the priest on the ground near the altar.

Father Ventura, known for being an anti-mining advocate and for his work with tribal people in the province of Cagayan, was ordained a priest in 2011.

He was director of San Isidro Labrador Mission Station based in the nearby village of Mabuno. He used to be rector of the St. Thomas Aquinas Major Seminary in the town of Aparri.

The country's Catholic bishops deplored the killing of Father Ventura, saying that they were "totally shocked and in utter disbelief to hear about the brutal killing."

"We condemn this evil act," read a statement signed by Archbishop Romulo Valles of Davao, president of the bishops' conference.

The prelates appealed to authorities "to act swiftly in going after the perpetrators … and to bring them to justice."

The priest's killing "set a new high to the epidemic of impunity and barbarity that has been set upon the country," read a statement from activist group Makabayan.

The opposition Liberal Party also condemned the killing and called on authorities to "capture and prosecute" the killers and not treat the priest's death as "just another death under investigation."

"We hope that Father Ventura's death is not a reflection of our nation's character in light of the recent actions of the government against Sister Patricia Fox," read the party's statement.

Sister Fox, an Australian missionary who has been working in poor communities in the Philippines in the past 27, was ordered to leave the country last week for joining protest rallies.

The youth group Anakbayan blamed President Rodrigo Duterte's administration for the priest's killing because of what the group described was its "fascistic, tyrannical, and mafia-style rule."

"Its fascist campaign has rendered people from the religious sector as legitimate targets of killings, intimidation, and harassment for speaking up not only against the madman's bloody war on drugs but also against the social and political injustices perpetrated by the regime," read the group's statement.

The Philippine National Police has already ordered the creation of a special investigation task group to look into the killing of Father Ventura.

The priest was the second member of the clergy to be shot dead in four months in the Philippines.

Unidentified gunmen in December 2017 killed Father Marcelito Paez, 72, in an ambush in the town of Jaen, Nueva Ecija province.