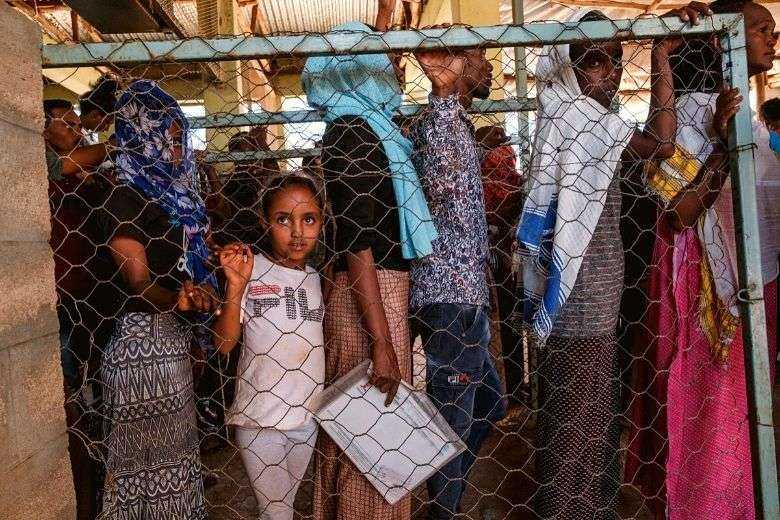 In the midst of the conflict in Ethiopia's Tigray region, thousands of Eritrean refugees who fled oppression and authoritarianism have been deported back to their home country, said an Eritrean Catholic priest.

Father Mussie Zerai, a priest of the Archdiocese of Asmara, Eritrea, who works with migrants, said the refugees were in Schimelba and Hitsats camps, which hosted about 20,000 refugees. He said about 10,000 of them were deported back to Eritrea.

The refugees are part of the 96,000 who were hosted in four camps in Tigray. The Eritreans had fled political persecution, compulsory military service and war back home.

"About 5,000 managed to escape and reach the Mai-Aini refugee camp, which now houses over 20,000; 5,000 people are missing," Father Zerai told Catholic News Service.

"What happened in the refugee camps in Tigray is a cruel violation of the Geneva Convention of 1951," which relates to the status of a refugee, the priest said. "We know there have been violence and killings."

Father Zerai, chairman of Habeshia, a humanitarian organization that advocates for migrants and refugees' rights, said it was not clear what happened to those who were deported. Some news reports indicate the refugees are being held in prisons.

"We know that they are considered deserters and therefore await their arrest and a period of 'correction and re-education,' according to the regime's modalities. The use of violence and torture often abounds, especially for those who had been staff of the regime's army," said the priest.

"After the punishment period is over, if they survive, they will be forced to return to military service and national service," he added.

Father Zerai said the government of Ethiopia, which was supposed to guarantee safety in the camps, bore the greatest responsibility for the latest development in the settlements. He called for an immediate investigation into attacks, rape of women, killing of children and the deportations.

"The U.N. must investigate every aspect of this horrible fratricidal war," he said.

The impact of the operation is still being felt. Tigray opposition leaders say nearly 52,000 people have been killed, while humanitarian agencies say more than 2 million people were displaced. Aid agencies have cited difficulties in accessing the region, despite the population urgently seeking humanitarian assistance.

"Today there is hunger in Tigray. There is talk of starvation in Tigray, because there are many areas not reached by humanitarian aid. I fear that hunger is being used as a tool of punishment and to force all forms of resistance to surrender. All of this is a crime against humanity," said Father Zerai.

In mid-January, the U.N. refugee agency said it had been unable to access Schimelba and Hitsats camps since the start of the military operation.

"I am very worried for the safety and well-being of Eritrean refugees in those camps. They have been without aid for many weeks," Filippo Grandi, U.N High Commissioner for Refugees, said Jan. 14. He said he continued to received "many reliable reports and firsthand accounts of ongoing insecurity and allegations of grave and distressing human rights abuses, including targeted abductions and forced return of refugees."

Jesuit Refugee Service, which had a presence Tigray camps before the military operation, could not confirm the deportation, citing limited access to the settlement.

"What we know is that there is a great need for assistance," said André Atsu, JRS regional director in East Africa.