After leading the way in Southeast Asia, the Muslim nations are suddenly struggling with the truth 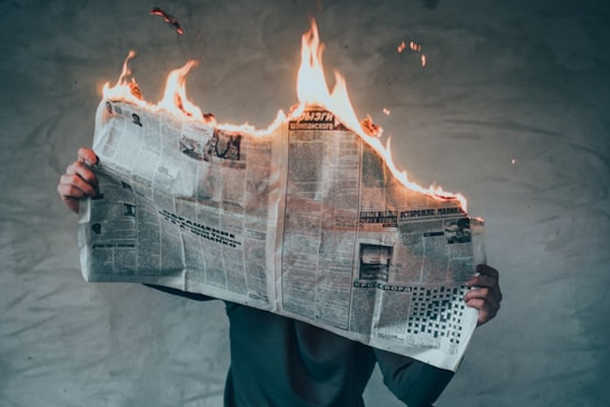 Journalists are increasingly being harassed in Malaysia and Indonesia. (Photo: Unsplash)

The reputations of Malaysia and Indonesia as perhaps the strongest democracies of Southeast Asia are being challenged after authorities in both Islamic countries ordered the arrests of journalists who were simply doing their jobs.

In Malaysia, the return of Mahathir Mohammad as prime minister, and the first change in government for six decades amid promises of reforms, had ushered in hopes that harassment of the media would end.

But that may have ended with his ousting in March when there were already signs that relations between authorities and the media were straining as the Covid-19 outbreak took hold.

In early February, a Kuala Lumpur court filed three charges against journalist Wan Noor Hayati Wan Alias, who wrote for Berita Harian and the New Straits Times, after she posted on Facebook details about the arrival of a cruise ship with 1,000 Chinese on board.

Her charges included “causing fear or alarm to the public” and “committing an offense against the state or public tranquility.” She is facing up to six years in prison.

“In my opinion, authorities acted on behalf of their superiors in fulfilling their wishes to have journalists and others framed for fake news for going against them,” Hayati said in an interview with the Committee to Protect Journalists. “They dismissed early concerns and warnings about the coronavirus as fake news.”

Hayati, a single mother, has since been dismissed by Berita Harian amid mass layoffs at the newspaper.

Tashny Sukumaran, a correspondent for the South China Morning Post in Hong Kong, was summoned to Malaysian police headquarters this month over a story she wrote about raids on refugees and migrants amid the pandemic.

She could be jailed for up to two years under a clumsily written law aimed at "whoever intentionally insults, and thereby gives provocation to any person, intending or knowing it to be likely that such provocation will cause them to break the public peace."

But she has found support from Malaysia's Communications Minister Saifuddin Abdullah, who says he has asked the country's media regulator not to act against Sukumaran. “I may not like your piece but I will defend your right to write it,” he wrote online.

The recent intolerance toward journalists in Indonesia began around the same time as Hayati’s arrest when a US environmental reporter, Philip Jacobson of the Mongabay website, was deported after his arrest for alleged visa violations.

He was detained for 45 days in Central Kalimantan, which like the arrests in Malaysia led to widespread criticism by rights groups. That outcry grew louder when another Indonesian journalist reporting on a land conflict between a palm oil tycoon and indigenous groups was charged.

Diananta Putra Sumedi, editor of the news site banjarhits.id and correspondent for investigative outlet Tempo, was arrested on May 4 under a controversial law introduced four years ago governing electronic communications.

Critics claim it’s a law which has too often been used against those “causing offense” and carries a jail term of up to six years. The International Federation of Journalists is calling for his release.

Of the 10 nations that make up the Association of South East Asian Nations (ASEAN), Indonesia and Malaysia were the best performers on the last World Press Freedom Index, with Malaysia jumping 22 spots to 101 following reforms initiated by Mahathir after his May 2018 election victory.

The index is compiled by media watchdog Reporters Without Borders, which said prior to the latest arrests that the general environment for journalists in Malaysia was much more relaxed.

“Self-censorship has declined dramatically and the print media are now offering a fuller and more balanced range of viewpoints,” it added.

Indonesia is ranked 119, a long way from the top but still way above its ASEAN peers who wallow around 150 and below in the bottom 25 percent of countries.

Islamic countries, where religious traditions date back centuries, have always struggled with concepts of a free press, but Malaysia and Indonesia, which covet first world standards, have proved that Muslim values are not always incompatible with differing opinions and democratic values.

As countries withdraw into themselves — partly due to the backlash caused by globalization and multilateral trade deals, Chinese hegemony and Covid-19 — the need for influential countries like Indonesia and Malaysia to respect honest reportage is heightened.

It would be a shame to see that dissipate in a region where democracy is on the back foot and authoritarianism has taken hold.