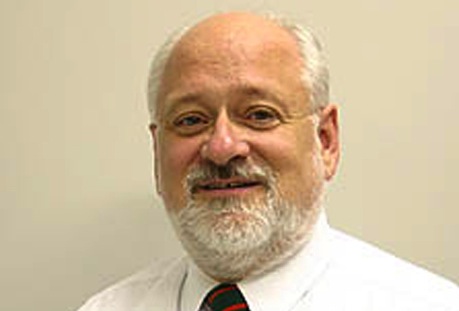 Throughout history, the persecution of Christians often had little or nothing to do with religion. Most persecutors, whether ancient Romans or modern communists, have acted not in odium fidei (from hatred of the faith), but for social and political reasons. Christians may have accepted death for their faith, but their killers acted for other reasons.

That’s the message put forward in The Myth of Persecution: How Early Christians Invented A Story of Martyrdom, a new book by Candida Moss, professor of New Testament and Early Christianity at Notre Dame University in the United States.

Persecution of Christians by non-believers for explicitly religious reasons may, in fact, be a fairly recent phenomenon, as appears to be the case today in some predominantly Hindu and Muslim areas, for example.

The first post-apostolic Christian who was executed precisely because of his faith may have been Priscillian, who with six companions was beheaded in Trier in present-day Germany in 385. He was executed for his religious opinions by Christians who considered him a heretic. This seems to have been the first time that Christians ever killed a fellow Christian for unorthodoxy.

Priscillian’s martyrdom was not universally approved, although those like St Ambrose, St Martin of Tours and Pope Siricius who protested it may have done so because the execution was ordered by civil, rather than religious, authorities. Their opposition to the killing of a Christian on account of his religious opinions may not have been an overriding factor.

Priscillian deserves to be remembered, not for his ideas, which were indeed heterodox, but for being the first in a long line of people who have suffered religious persecution at the hands of Christians. Inquisitions, the 13th century crusade against Albigensians in France, torture, burning at the stake and the European wars of religion all show that what began with Priscillian has a long history.

Yet religious persecution by Christians has not been limited to fellow Christians. As Moss puts it, “The Christians who lived during the reign of the emperor Constantine and later did not extend to pagans the toleration they had asked for generations before. They destroyed pagan shrines and temples, and stories of Christian mobs attacking Roman prefects and swarming around pagan religious centers are surprisingly common. With the legalization of Christianity, Christians turned — in the words of historian Hal Drake — from lambs into lions.”

Though there is no way to know for sure, I assume that among my own ancestors were people who became Christian because the alternative to baptism was beheading, and the gods of northern Europe did not inspire martyrdom, at least not in my family.

Europe was Christianized largely by actions that, from the point of view of the “evangelized,” would be considered religious persecution. Later, peoples in Latin America and the Philippines “benefitted” from the same intolerance of all, except for Catholicism.

And of course, when no one else was around to persecute, Jews were always available as objects of forced conversions, pogroms, massacres and general religious intolerance. In many parts of “Christendom,” even after the Nazis, anti-Semitism remains a handy outlet for bigotry. Theologian says persecution of early Christians is a myth

But do we now live in a more enlightened age? Not really.

While we may lament the intolerance of Christians in the past, we have not really experienced a communal conversion, a turning around of our hearts. The tendency to persecute has been such a deep-dyed part of our culture that we have yet to fully extirpate it. We still show those who we think are religiously “in the wrong” the face of the inquisitor, the persecutor.

Retrospectives on the 50th anniversary of the opening of Vatican II point out that many of the theologians who played key roles in that council had earlier been silenced or otherwise persecuted for their theological positions.

In April, Pope Francis reaffirmed a doctrinal crackdown on some 50,000 sisters in the US accused of undefined “radical feminism.” Rather than the official response being honest dialogue, instead the Church imposed control by a bishop who is, of course, male.

In Asia, Tissa Balasuriya, Anthony De Mello and Jacques Dupuis were all condemned by doctrinal watchdogs at the Vatican on vague allegations that effectively amounted to “they say things differently from the way we do.”

Theologians and others who have attracted the attention of the latter-day inquisitors at the Congregation for the Doctrine of the Faith and other Vatican offices undergo treatment that no modern enlightened government would dare to openly impose on its citizens.

And the persecutors are not all ensconced in Rome. Every diocese, every religious congregation, every parish has “guardians of the truth,” often self-appointed, who persecute, deride and, when possible, drive away those whose faith appears to differ from their own.

Ours is a Church of martyrs. But, too often those martyrs have suffered not for the Church, but from the Church.

True, we no longer spill blood or burn people at the stake. But, the precedent of Priscillian is still enacted in the destruction of careers, reputations and even faith by those who find wielding power in God’s name more attractive than open minded, open hearted dialogue.

It is easy to absolve ourselves of being persecutors, but just as we glory in our saints, we must bow our heads in shame at our sins.

But, we must do more than simply feel bad. We must be alert to the persecutors among us, whether in Rome or our local communities and confront them with their sin. We must not allow the legacy of Priscillian to continue.