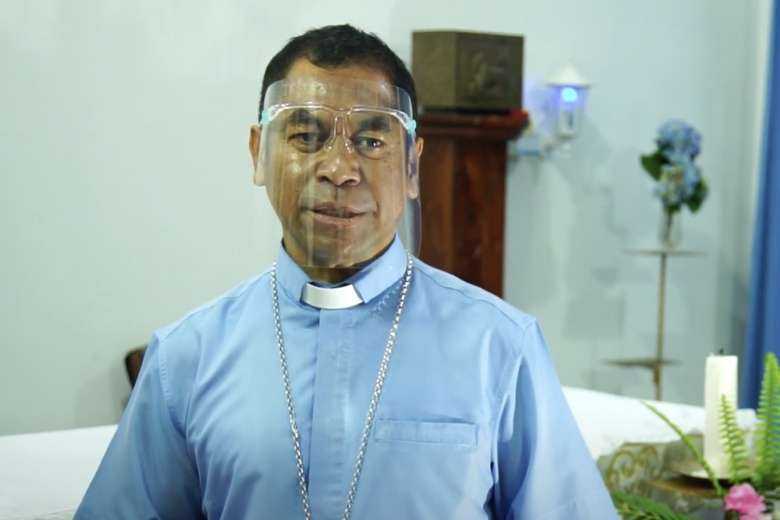 Timor-Leste’s top churchman has asked presidential candidates running for the second round of elections to respect the sacredness of Holy Week, which started yesterday.

Archbishop Dom Virgilio do Carmo da Silva of Dili, vice president of the Episcopal Conference of Timor (CET), said it was important that candidates and their supporters respect Holy Week in the Catholic-majority nation.

"Considering the majority of the people's faith, we reminded candidates during the campaign to try to create a healthy and respectful environment," he told UCA News on April 9.

Campaigning started on April 2 and the second round of the election will be held on April 19. Polling has brought together two veteran political figures, Jose Ramos-Horta and incumbent Francisco “Lu-Olo” Guterres.

Nobel Peace laureate and former president Ramos-Horta led the March 19 first-round election contested by 16 candidates including a former Catholic priest. His 46.56 percent share of the vote failed to reach the necessary 50 percent plus one to seal an immediate victory. Guterres mustered 22.11 percent.

Archbishop da Silva said the bishops' conference had requested that the campaign period scheduled to run until April 16, Holy Saturday, be rescheduled.

The archbishop hopes that both candidates adhere to the schedule, particularly avoiding campaigning during the Paschal Triduum, as the CNE has arranged

“We sent a letter to the prime minister and National Election Commission [CNE] president humbly asking them to cancel campaign activities during Holy Week, at least during the Paschal Triduum,” he said.

“However, a day before the campaign I received a negative response from the government because the calendar is ratified by parliament.”

He said the CNE is willing to change its policy by presenting a new calendar for the campaign that will be only until April 13. “Finally, the two candidates too adapted the changes in their respective calendars according to the CNE calendar,” he said.

The archbishop hopes that both candidates adhere to the schedule, particularly avoiding campaigning during the Paschal Triduum, as the CNE has arranged.

In a previous interview, Bishop da Silva said the Church continues to remind the people of Timor-Leste to "avoid attacking each other and promote harmony and respect among themselves."

In a pastoral letter that has been distributed throughout the country, the bishops said that during the election campaign all citizens should work “with love, since all these are for the good of all.”

Inspired by the words of Pope Francis, the bishops said in the letter that “those who exercise politics with love will discover that politics is a way leading to the good of all, is not seeking power and fame.”