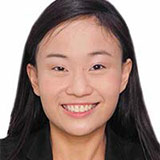 Singapore Archdiocese has announced a plan to resume Masses this weekend with several precautionary measures as the city-state is projected as an example of how to check the fast-spreading coronavirus.

Archbishop William Goh of Singapore said Masses and other liturgical prayers would start from Saturday.

“Sunset and Sunday Masses will resume on March 14 and 15 when all the churches put in place the necessary precautionary measures,” said Archbishop Goh, whose archdiocese covers the whole of Singapore.

The archdiocese suspended all church programs on Feb. 14 following the virus outbreak.

Archbishop Goh’s March 5 circular, however, said the resumption of Masses “is subject to guidelines” from the government’s Ministry of Health. It also asked the sick faithful to stick to watching online Masses that will continue until further notice.

The archdiocesan decision came more than 10 days after the government announced that there were no new cases reported on Feb. 23. However, a day after the state announcement, 13 more cases were reported, mostly linked to earlier infection clusters.

The virus hit Singapore in early February, eventually infecting some 160 people. The Ministry of Health reported that 93 had been discharged from hospitals, while the rest are under various stages of treatment, including 10 under intensive care. There have been no deaths from virus infection.

Ghebreyesus reportedly lauded Singapore at the daily briefing at the WHO headquarters in Geneva on March 10. He also urged other countries to follow Singapore's example to arrest the outbreak.

Singapore’s case stands out as the pandemic has spread across the globe from China's Wuhan city, claiming 4,285 lives and infecting more than 119,000 as of March 11. Father Stephen Yim, who heads the archdiocesan task force on the outbreak, said it would work hard to minimize risks when churches open their doors to resume public Masses.

“Our Catholic Medical Guild is reviewing developments and following” the directives of the government, he said.

Precautionary measures taken at 32 parishes under the archdiocese include the installation of thermal scanners and thermometers for temperature screening.

They also plan to increase the frequency of church cleaning, reduce the sharing of common items and to continue awareness campaigns on personal hygiene.

Catholics have welcomed the move to resume Masses. Janelle Kang, a civil servant, supported the move and said: “It is now up to individuals to make their choice with utmost social responsibility.”

Jacqueline Chow, another Catholic, had a similar view. “There was a sense of loss and uneasiness when the Masses were suspended,” she said. “I'm looking forward to the resumption of Mass as it will be a great joy to be able to worship with fellow parishioners again.”

However, not all Catholics are happy with the move. A healthcare worker, who declined to be named, said the announcement will not make any impact on her, indicating that she will avoid church gatherings for some time.

Singapore has about 300,000 Catholics in a population of 5.7 million people.