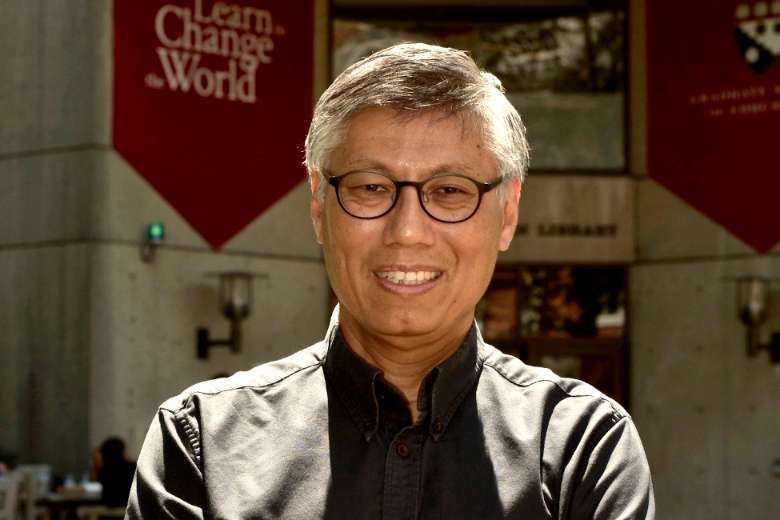 Jesuit Father Stephen Chow Sau-yan will be ordained as the new bishop of Hong Kong on Dec. 4. (Photo: Jesuit Conference of Asia Pacific)

An international missionary group plans a prayer campaign on Dec. 4 when a new bishop is consecrated and installed in politically volatile Hong Kong, where China’s communist regime controls the administration.

The Pontifical Institute of Foreign Missions (PIME), a society of secular priests and laypeople, plans to have a “Great Prayer” in its seminary in Italy when Jesuit Father Stephen Chow Sau-yan is consecrated as bishop of Hong Kong.

Pope Francis appointed Father Chow, the former provincial of the Society of Jesus, as bishop of Hong Kong last May after the diocese had remained without a bishop for more than two years after the death of Bishop Michael Yeung Ming-cheung on Jan. 3, 2019.

The former British colony has faced political turmoil in the past two years after pro-democracy groups intensified their struggle accusing Beijing of tightening its grip over Hong Kong’s administration and chocking its democratic freedoms.

The political developments had their reflection on the Church when some leaders such as Cardinal Joseph Zen, the retired bishop of Hong Kong, openly supported pro-democracy activists when the official Church chose to remain silent.

The expectations on Bishop Stephen Chow are very high, but we all know very well the great difficulties and challenges he will meet

Observers say the delay in the bishop’s appointment was due to diplomatic sensibilities over China’s communist regime, which reportedly opposed elevating Bishop Ha to bishop after he openly criticized Beijing and supported the pro-democracy movement in the Chinese-ruled city.

Following his appointment, Bishop-elect Chow said he does not see Beijing as an enemy as he hoped for dialogue to develop a better understanding and sought to unite Hong Kong’s polarized Catholic community.

Hong Kong Diocese has not disclosed the list of guests invited to attend the ceremony. However, some of the city’s pro-Beijing administrative leaders are expected to grace the event.

“The expectations on Bishop Stephen Chow are very high, but we all know very well the great difficulties and challenges he will meet,” said PIME Father Gianni Criveller, the organizer of the prayer campaign in Italy. "I think no one is asking for miracles. The bishop has to guide the community in unity and be a prophet when people suffer injustice and oppression," he added. The PIME missionary seminary in the Italian city of Monza is holding the prayer campaign at the city’s St. John the Baptist Basilica to pray for the Church in Hong Kong and its new bishop.

“Hong Kong is going through perhaps the most dramatic phase of its history and has almost disappeared from the radar of international attention. However, those who love Hong Kong have not forgotten it,” Father Criveller said in a note to UCA News.

Father Criveller, the Italian seminary’s principal, and Father Luigi Bonalumi, its rector, are both former missionaries in Hong Kong.

PIME priests arrived in the island city in 1858 and consider it one of their most prestigious missions. A PIME community continues to function in Hong Kong, Father Criveller said.

We will pray for the new bishop, watch images and hear testimonies by Hong Kong faithful and missionaries

“The long-awaited consecration of the bishop calls for prayer and solidarity. Bishop Stephen has a very difficult task ahead of him humanly. In fact, it seems nearly impossible. However, we believe in the power of prayer and in the communion of those who entrust their lives to the Lord Jesus,” Father Criveller added.

“We will pray for the new bishop, watch images and hear testimonies by Hong Kong faithful and missionaries. It will not be the place to express opinions on the difficult political situation.”

The ordination ceremony at the Immaculate Conception Cathedral in Hong Kong will be on a live telecast. Pandemic restrictions allow filling only 50 percent of seats, admitting about 550 people for the consecration.

Church authorities have requested the faithful who cannot attend the ordination to watch the live broadcast.